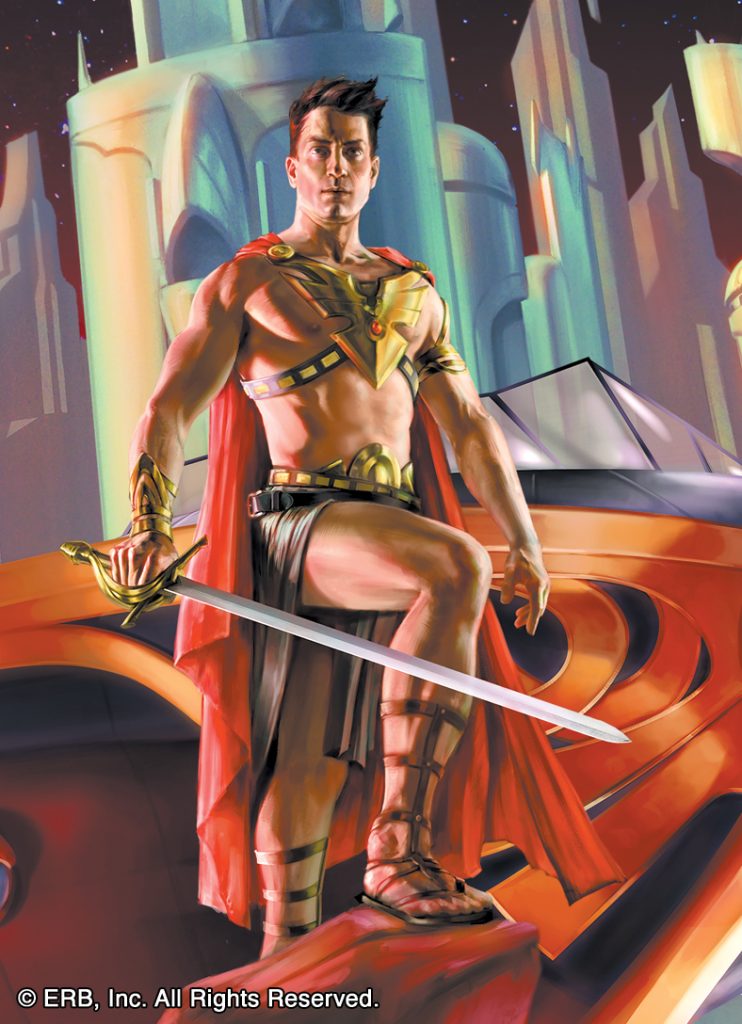 While prospecting for gold, Captain John Carter of Virginia found himself paralyzed by a mysterious force in an Arizona cave and then mysteriously transported to the planet Mars, or “Barsoom” to its inhabitants. Adopted by the four-armed green warriors of the Thark horde, he rose to the rank of chieftain. Among this brutal people, he met three who would become his greatest allies: his faithful calot Woola, the Tharkian chieftain Tars Tarkas, and most important of all, a beautiful captive red Martian—Dejah Thoris, Princess of Helium. John Carter would go on to rescue his beloved Dejah Thoris from a cruel fate, unite many of the Red Planet’s disparate peoples, save all of life on Barsoom after its life-sustaining atmosphere plant failed, and overthrow the bloodthirsty false religion of the Holy Therns. For his heroic efforts he gained the title Warlord of Barsoom, and the hand in marriage of his incomparable princess.

The Master Mind of Mars

A Fighting Man of Mars 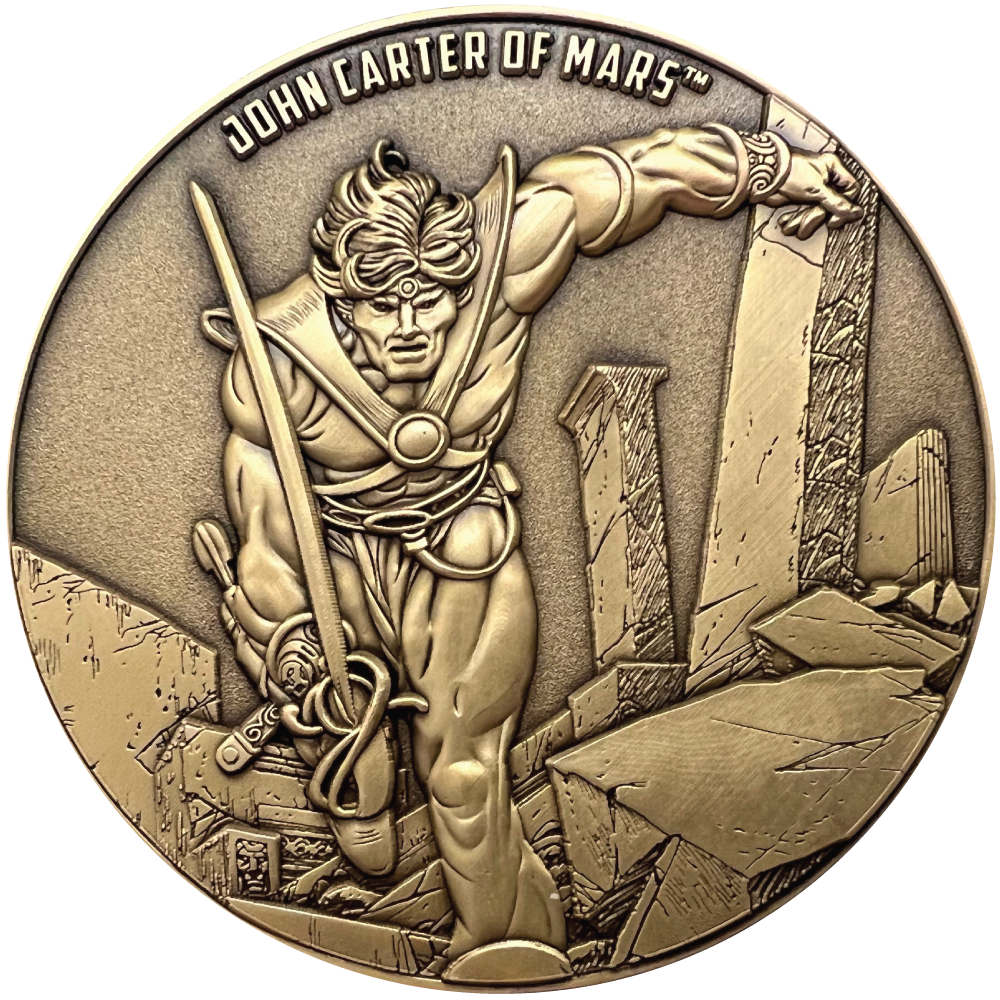