From the day he was born, in Chicago, on September 1, 1875, until he submitted one-half a novel to The All-Story Magazine in 1911, Edgar Rice Burroughs failed in nearly every enterprise he tried. 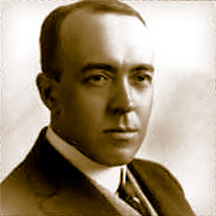 He attended half a dozen public and private schools before he finally graduated in 1895 from Michigan Military Academy, an institution Burroughs himself described as “a polite reform school.”

Having failed the entrance examination to the U.S. Military Academy at West Point, he enlisted as a private in the Seventh U.S. Cavalry, for he had the notion that he might still obtain a commission as an officer if he distinguished himself in a difficult assignment. Thus, he asked to be sent to the worst post in America–a request the authorities speedily granted.

The post was Fort Grant in the Arizona desert, and his mission, as he put it, was to “chase the Apaches”. “I chased a good many Apaches”, he tells us, “But fortunately for me, I never caught up with any of them.”

Private Burroughs soon had his fill of Fort Grant, and after appealing to his father for help, his discharge was arranged through political friends. In 1900, he married Emma Centennia Hulbert, who dutifully followed him back and forth across America during the next eleven years.

He became a cowboy in Idaho, then a shopkeeper, a railroad policeman, a gold miner, and even an “expert accountant”, although he knew nothing of the profession. Throughout this period he somehow raised money for a number of his own businesses, all of which sank without a trace. 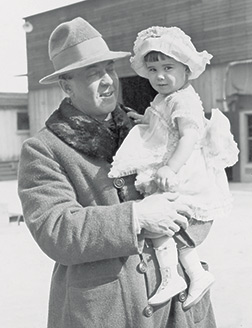 Life was dismal for the newly-married couple. Burroughs became depressed, his wife discouraged. Perhaps to escape from the grim reality of his own life, or perhaps to amuse Emma, he would often sketch darkly humorous cartoons or write fantastic fairy tales of other worlds.

Much later, he was to confirm the fact that he wrote all his stories, particularly those of other worlds, as much for his own entertainment as for that of his readers.

“In all these years I have not learned one single rule for writing fiction. I still write as I did 30 years ago; stories which I feel would entertain me and give me mental relaxation, knowing that there are millions of people just like me who will like the same things I like. Anyway, I have great fun with my imaginings, and I can appreciate–in a small way–the swell time God had in creating the Universe.” 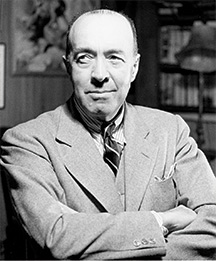 By 1911, Burroughs’ position had become so desperate that not even his cartoons and stories could block out the frustrating fact of his successive failures. He hardly knew where to turn next, and even went so far as to apply for a commission in the Chinese Army. (The application was summarily rejected.)

Finally he reached rock bottom. He was 35 years old, without a job, without money. There was a wife and two children to support, and a third child was exp ected soon. He could buy food and coal only by pawning his watch and Emma’s jewelry.

“Then,” he tells us, “somehow I got hold of a few dollars and took an agency for the sale of a lead-pencil sharpener. I would not try to sell the sharpeners myself, but I advertised for agents and sent them out. They did not sell any pencil sharpeners, but in the leisure moments, while I was waiting for them to come back to tell me that they had not sold any, I started writing UNDER THE MOONS OF MARS, my first story.” 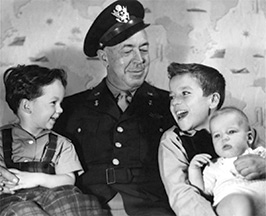 “I had no idea how to submit a story or what I could expect in payment. Had I known anything about it at all, I would never have thought of submitting half a novel, but that is what I did. Thomas Newell Metcalf, then editor of All-Story Magazine, published by The Prank A. Munsey Co., wrote me that he liked the first half of the story and if the second was as good he thought he might use it. Had he not given me this encouragement, I would never have finished the story and my writing career would have been at an end, since I was not writing because of any urge to write nor for any particular love of writing. I was writing because I had a wife and two babies, a combination which does not work well without money.

“I finished the second half of the story and got $400 for first magazine serial rights. The check was the first big event in my life. No amount of money today could possibly give me the thrill that this first $400 check gave me.”

Today, that story is acclaimed by scholars as the turning point of 20th century science fiction, and new editions of it continue to be published each year throughout the world.

But, Burroughs was still a long way from becoming an established writer. His next literary effort, an historical novel set in the England of the Planagenet kings, was rejected. He nearly gave up, but his publisher would not hear of it. “Try again,” he urged. “Stick with the ‘damphool’ stuff.” 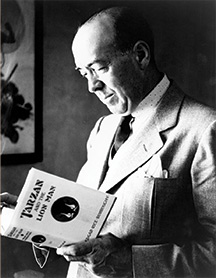 He did, and with his next novel his future was decided forever. The novel was TARZAN OF THE APES. An astonishing success on its appearance in All-Story Magazine in 1912, TARZAN OF THE APES brought Edgar Rice Burroughs™ a mere $700, but after being rejected by practically every major book publisher in the country, it finally was printed in book form by A.C. McClurg and Co., and became a 1914 best-seller.

A torrent of novels followed; stories about Mars, Venus, Apaches, westerns, social commentaries, detective stories, tales of the Moon and of the middle of the Earth–and more and more TARZAN books. By the time his pen was stilled, nearly 100 stories bore Edgar Rice Burroughs™’ name.

In 1918, TARZAN came to the screen with TARZAN OF THE APES, starring Elmo Lincoln, the first film in history to gross over one million dollars. Since then, 41 TARZAN films and 57 one-hour television episodes have been produced, each a great financial success.

Although he would joke about the, Burroughs was bitterly disappointed with the TARZAN motion pictures. Often he would not go to see them. His TARZAN was a supremely intelligent, sensitive man. His TARZAN sat in the House of Lords when not otherwise occupied in the upper terraces of the African jungle. His TARZAN was the truly civilized man–heroic, handsome, and above all, free. 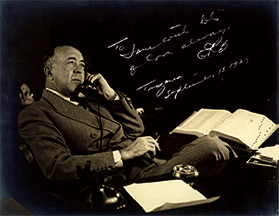 In 1919, with financial security assured, Burroughs moved to California, where he purchased the 550-acre estate of General Harrison Gray Otis, renaming it ‘Tarzana Ranch’.

By 1923, the city of Los Angeles had completely surrounded Tarzana Ranch, and Burroughs sold a large portion of it for homesites. In 1930, a post office was established in the community, and the 300 residents held a contest to find a name for the new community. The winning entry was “Tarzana”. Today, Tarzana has its own park, library, a freeway, banking facilities, bowling centers, medical buildings, country clubs and a bright future for its 35,000 residents in a relatively tranquil atmosphere.

In 1923, Edgar Rice Burroughs™ became one of the first authors in the world to incorporate himself. By the mid- thirties, he was “big business.” Daily and Sunday comic strips appeared in over 250 newspapers allover the world; millions of TARZAN comic books were published and sold; and a TARZAN radio serial thrilled its listeners across the country, with Burroughs’ daughter, Joan, in the role of JANE, and her husband, James H. Pierce, as TARZAN.

Today, TARZAN television programs are syndicated to more than 200 TV stations in the U.S. and abroad. A TARZAN movie plays somewhere in almost every country of the world every day. With the contemporary emphasis on outer space, Burroughs’ science fiction writings are being printed in even greater numbers. 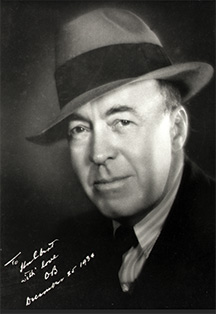 Most importantly, he is gradually receiving the critical acclaim he was denied in his lifetime. No longer is TARZAN OF THE APES considered mere entertainment–for TARZAN is the “Naked Ape”, the tribal ancestor of Marshall McLuhan. And Burroughs’ wild imaginings among the stars are no longer beneath the notice of serious men; they have become subjects for scholars and an inspiration to a new generation of writers of imaginative fiction.

He is remembered as a modest man who never took himself or anything else too seriously. His friends recall his ready sense of humor, his great love of the outdoors and his unbounded pride in his country.

In 1942 he became America’s oldest war correspondent, covering stories with the Pacific Fleet for United Press. He returned home from the South Pacific only after suffering a series of heart attacks. Ironically, he was unable to find a suitable home in Tarzana, and he spent his remaining years in a modest house in nearby Encino.It was there, on March 19th, 1950, that Edgar Rice Burroughs™ set down his pen for the last time.

One scholar suggests that the very last line of the very last novel may be taken as Burroughs’ own unintentional valedictory to a very meaningful life: “Thank God for everything.”