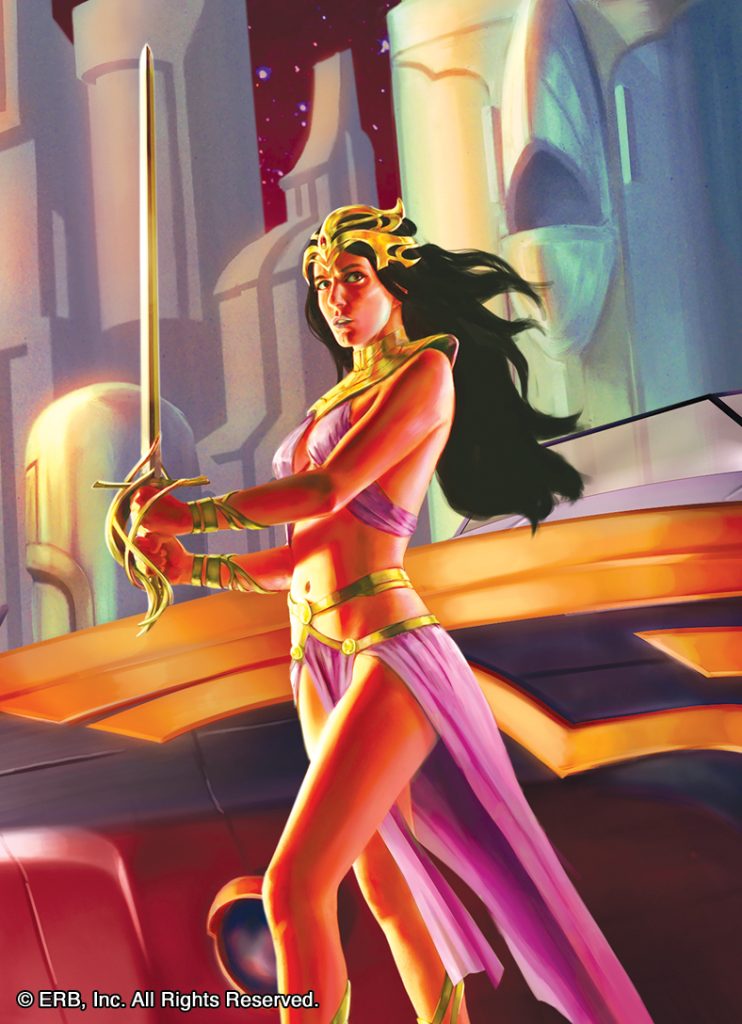 Tara is the spirited daughter of John Carter and Dejah Thoris. After Gahan, Jed of Gathol, dared profess his love for her, Tara impulsively set off aboard her personal flier straight into a bank of gathering clouds—a rare sight on Barsoom. Swiftly the clouds transformed into a furious tempest, which swept Tara’s frail craft halfway across the globe. There she landed in the valley of Bantoom, where she and a panthan named Turan barely escaped with their lives from a grotesque race of humanoid heads known as kaldanes and their symbiotic rykor bodies, aided by a friendly kaldane named Ghek. In the city of Manator, they were forced to become living chess pieces in a bloodthirsty game of jetan, before Turan rescued Tara from the city’s evil Jeddak and revealed himself as Gahan. Now Tara is a princess of Gathol at the side of her true love, the Jed Gahan.