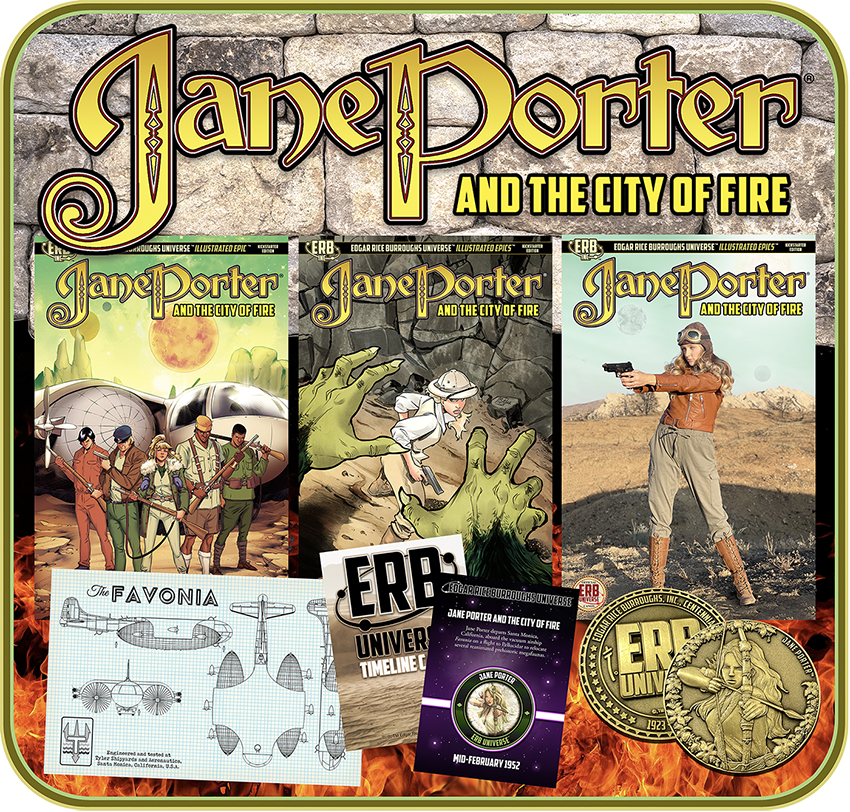 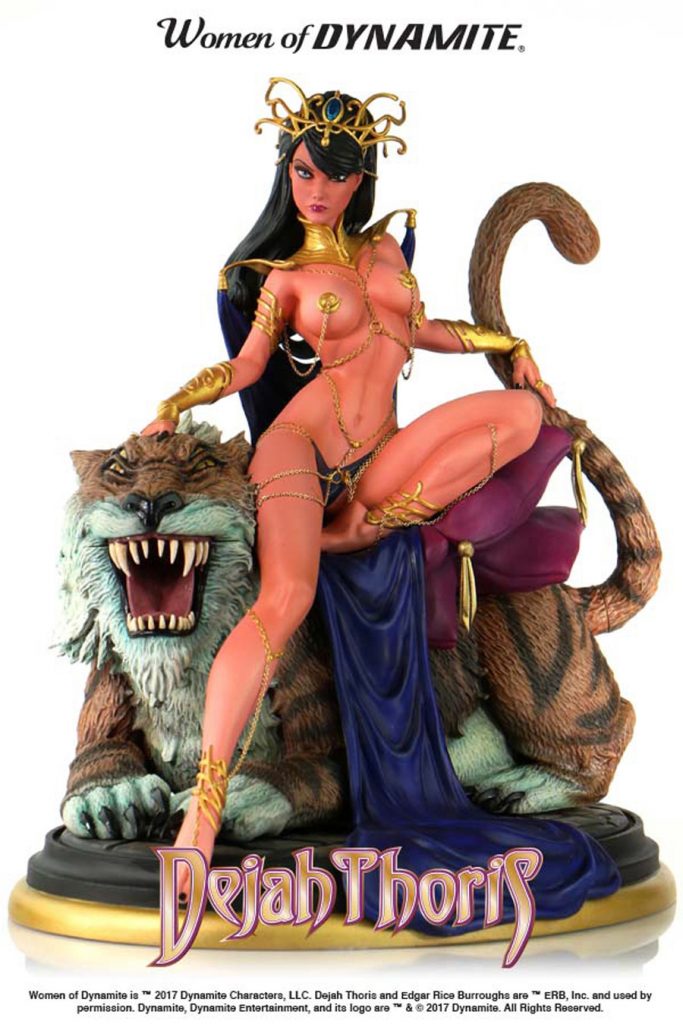 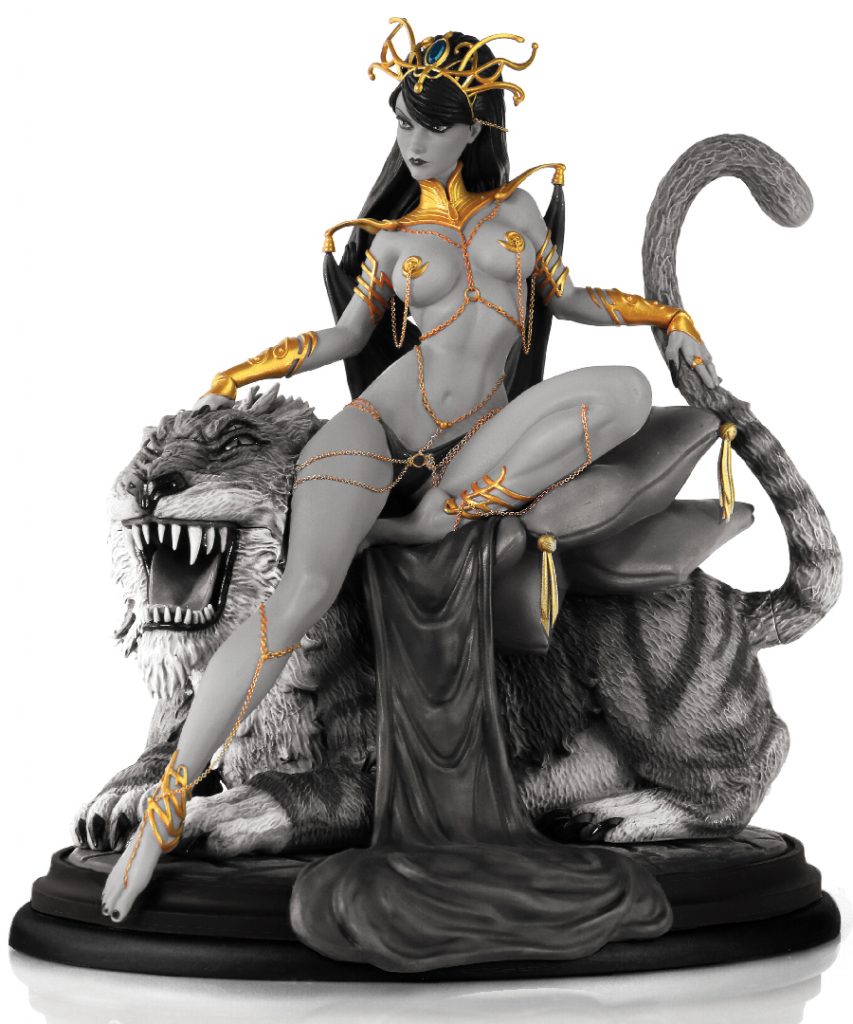 The Kickstarter Campaign for the forthcoming Edgar Rice Burroughs’ 100 Year Art Chronology by Michael Tierney concludes on Wednesday, June 28, 2017. Participants who contribute $125 or more will receive a variety of stretch rewards, such as trading cards or limited-edition hardback reprints of Burroughs’ novels.

Offering more than 5,000 images and 140,000 words in four volumes, the deluxe Art Chronology will be published by Chenault & Gray with the full cooperation and authorization of Edgar Rice Burroughs, Inc.

As the project has surpassed its initial funding target, additional rewards, such as reproductions of imaginative maps drawn by Burroughs, will be produced. There are a few days left to become a part of this exciting project. Join us! You can participate by visiting Edgar Rice Burroughs 100 Year Art Chronology Kickstarter Campaign. 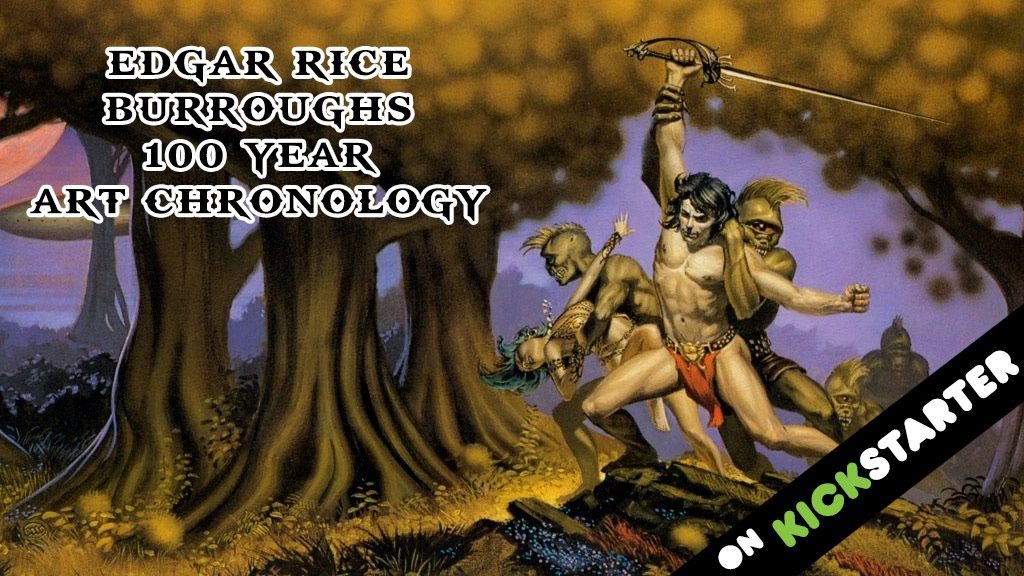 With over 1,200 pages of content, more than 5,000 images and 140,000 words the 4-volume series explores the art used in the manifold publications and creations of the vast Burroughs body of work for the past century and more, from Tarzan to Barsoom, from Venus to Caspak, from wild west to the Lost Continent and more! 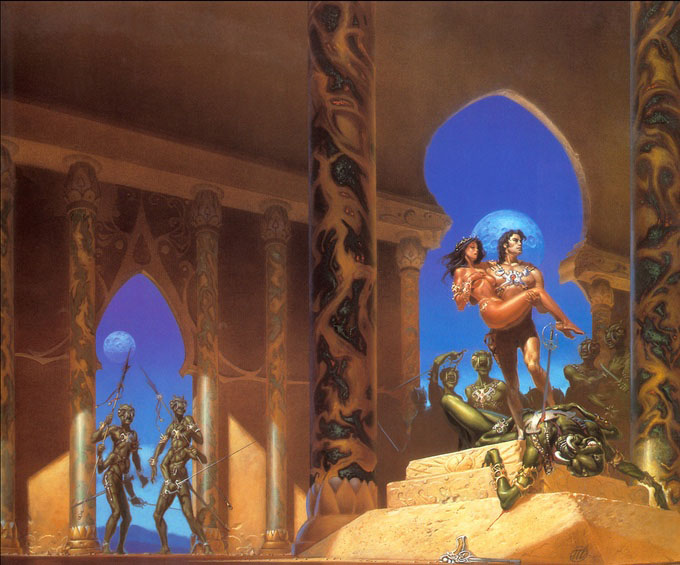 The Chronology includes material from a variety of sources: the pulps, the novels, novelizations, comics and strips! The illustrative history follows the long literary career of the man whom Ray Bradbury called “the most influential writer, bar none, of our century.” 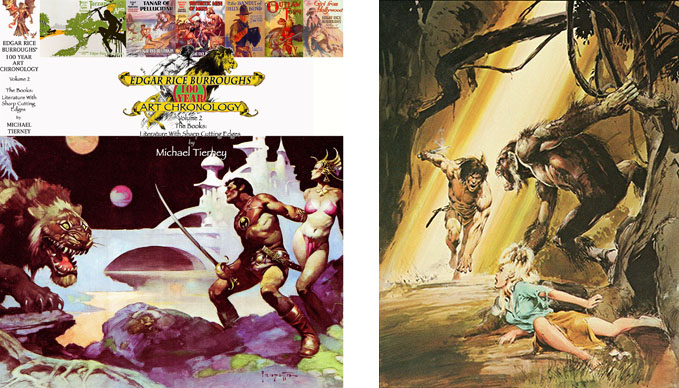 The project is LIVE on Kickstarter right now. With 19 days to go, it is over 92% funded and proves once again that Edgar Rice Burroughs has fans from all walks of life. Visit Kickstarter and pledge your support and help us propel the name of Burroughs into this, our, next century.

We are producing the FOUR volume Edgar Rice Burroughs’ 100 Year Art Chronology, an illustrative history of all Burroughs’ publications in the United States (with a heavy dose of art from the United Kingdom). Written and compiled by Michael Tierney, the narrative gives the history of Burroughs’ work and the often legendary artists who visualized it, featuring untold stories, art that hasn’t been seen since its release, and pieces that were buried in the vaults from the beginning of his publishing history to the present day.

Check out and SUPPORT HERE!