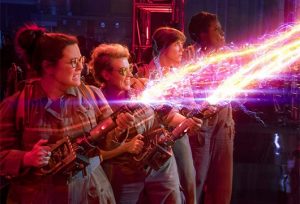 The comedy, which grossed $128.2 million in U.S. theaters against an estimated budget of $144 million, topped both the NPD VideoScan First Alert sales chart, which tracks combined Blu-ray Disc and DVD unit sales, and the dedicated Blu-ray Disc chart.

Warner’s The Legend of Tarzan debuted at No. 2 on both charts, selling about 61% as many units as Ghostbusters Tarzan came to home video with a domestic theatrical gross of $126.6 million.

Fox’s Ice Age: Collision Course, the latest in the studio’s successful “Ice Age” franchise of animated, family friendly films about a group of mammals in the Paleolithic ice age, bowed at No. 3 on the overall disc sales chart and No. 4 on the Blu-ray Disc chart.Collision Course earned $64 million at the domestic box office, the lowest of the franchise’s five films.

Fox’s X-Men: Apocalypse, which debuted at No. 1 the previous week, slipped to No. 4 on the overall disc sales chart and No. 3 on the Blu-ray Disc chart.

Rounding out the top five were Walt Disney’s Hocus Pocus on the overall disc sales chart and Beauty and the Beast on the Blu-ray Disc sales chart.

According to VideoScan, Ghostbusters generated 50% of its total unit sales from Blu-ray Disc, compared with 46% for Tarzan and 43% for Ice Age: Collision Course. 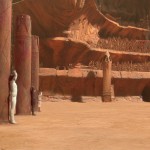 John Carter is a film directed by Pixar alum Andrew Stanton that follows Civil War veteran John Carter on his astounding trip to the planet Barsoom, which we know as Mars. There he meets a princess leading a rebellion, fights against an evil empire, and meets a variety of strange aliens on a desert wasteland of a planet, gets powers far beyond the abilities of normal men, and encounters a strange religion. There are times where he’s captured, thrown into an arena to fight bizarre monsters, and other times where he’s forced to rescue a princess.

Alexander Skarsgard has let go the first volley in terms of serious discussion about what to expect from David Yates’s Tarzan next July. It comes in an interview with Mike Ryan. Now, some of this has to be discounted beause actors always say the character was intriguing, the director was fantastic, and so on. Okay — we get that. But even allowing for that, Skarsgard’s comments are interesting and, to my taste at least, encouraging: 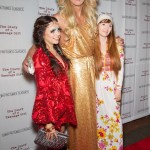 Great news bit from yahoo yesterday in case you msissed it:

Alexander Skarsgård Dressed Like Farrah Fawcett for ‘Diary of a Teenage Girl’ Premiere Alexander Skarsgård, center, with actress Bel Powley, left, and director Marielle Heller at the San Francisco premiere of The Diary Of a Teenage Girl. Alexander Skarsgård is a beautiful man — and makes a stunning woman. At the premiere of his new movie, The Diary of a Teenage Girl, on Monday night, the Swedish actor walked the red carpet at San Francisco’s Castro Theater in a floor-length gold dress. He paired the gown with crystal-embellished heels — even though he’s 6 feet 4 inches without them — carried a silver clutch, and accessorized with large gold hoop earrings. He also had on a feathered blonde wig and full face of makeup, including fake eyelashes, blushed cheeks, and a statement pink lip. 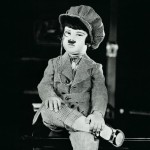 The Guardian just posted a wonderful expose about Baby Peggy, a child actor star from the early days of silent movies who worked with Edgar Burroughs on set of Tarzan.

In 1922, when Hollywood was young and anarchic, an actor known as Baby Peggy made a silent film called The Darling Of New York. Her career was booming and this was a major role, the movie pivoting on a scene in which she would be trapped – title-cards illuminating the horror – in a burning bedroom. On the day of the shoot, propmen doused their set in kerosene. Then they positioned Baby Peggy in the middle and lit everything on fire – including, the actor thinks by accident, the door by which she was meant to escape. Forced to improvise, she had to claw a way out across a burning windowsill, her performance later praised for its realism. Baby Peggy was four years old. “They said I was fearless,” she remembers. “Which was not true.” 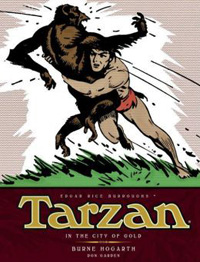 Village Roadshow Pictures is raising $US400 million to fund its upcoming slate of co-productions including Tarzan and King Arthur.

Read the full article at: If.com.au 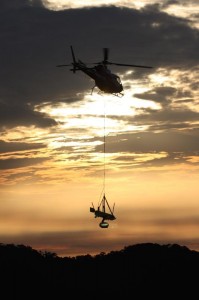 Here’s some interesting news for film and tech enthusiasts:

Team5, a full service aerial production and rental company for the motion picture and advertising industries, announced today the debut of the SHOTOVER Hydra, an advanced, gyrostabilized imaging platform designed for the visual effects industry. Developed in partnership with SHOTOVER, the maker of high performance aerial camera systems for the motion picture and broadcast industries, the Hydra synchronizes six Red Dragon 6K cinema cameras to enable motion picture productions to capture panoramic images of the highest dynamic range and quality. Warner Bros.’ upcoming film Tarzan is the first to utilize the new system.

The Unloved – John Carter from Scout Tafoya on Vimeo.

Part two of an ongoing series that looks at films with bad reputations that deserve a reappraisal. This month’s installment focuses on the sci-fi fantasy John Carter, based on works by Edgar Rice Burroughs. 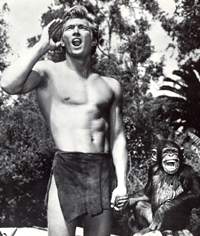 It is always a sad news to see a great talent pass away. Denny Miller was an accomplished author and actor, appearing in 237 different television programs as well as 20 movies. He has starred in 1959’s “Tarzan, the Ape Man,” soon growing to be a big member of the Edgar Rice Burroughs Community.

The Examiner just wrote a great article about Miller’s life and accomplishments, from his early days at UCLA, through unsuccessful dreams of becoming a professional ball player, all the way to his fame on the big screens. Read the full report here.

When “John Carter” came out a couple of years ago, most critics hated it or were indifferent to it, and audiences stayed away; but it did have a few defenders, including me and Scout. We recently spent a half-hour on the phone talking about what a buoyant and sweet film it was to be so gigantic, and how the complaints that it was “derivative” of “Star Wars” and “Avatar” seemed ignorant of the fact that Burroughs wrote the original tales almost a century ago, when Mars was not just a nearby planet but a red blank slate upon which fantasies could be projected. Burroughs captured the imaginations of generations of future storytellers who cherry-picked his themes and images, and in so doing, unfortunately made them less remarkable. (Trivia note: the movie was originally called “John Carter of Mars,” but Disney dropped “..of Mars” when it became convinced that films about Mars never made money. Since “John Carter” was a box office failure anyway, I wonder what the studio executives told themselves—that if “..of Mars” had stayed in, it would’ve done even worse?)

Read the full article at: RogerEbert