These are large display coins that have incredibly detailed sculpted 3D artwork. Each coin comes with a display stand and the reverse side features the ERB Universe logo. The coins are 2.75 inches in diameter and weigh almost four ounces.

To honor the history of the company, the coins are based on iconic artwork from ERB artists such Gil Kane, Thomas Yeates, Dave Cockrum, Rudy Nebres, Chris Peuler, Mike Wolfer, and Alessandro Ranaldi.

These coins will only be produced during the anniversary year and the molds will then be destroyed.

You can purchase the coins individually or you can save by purchasing the entire set at the Goliath Coins website. 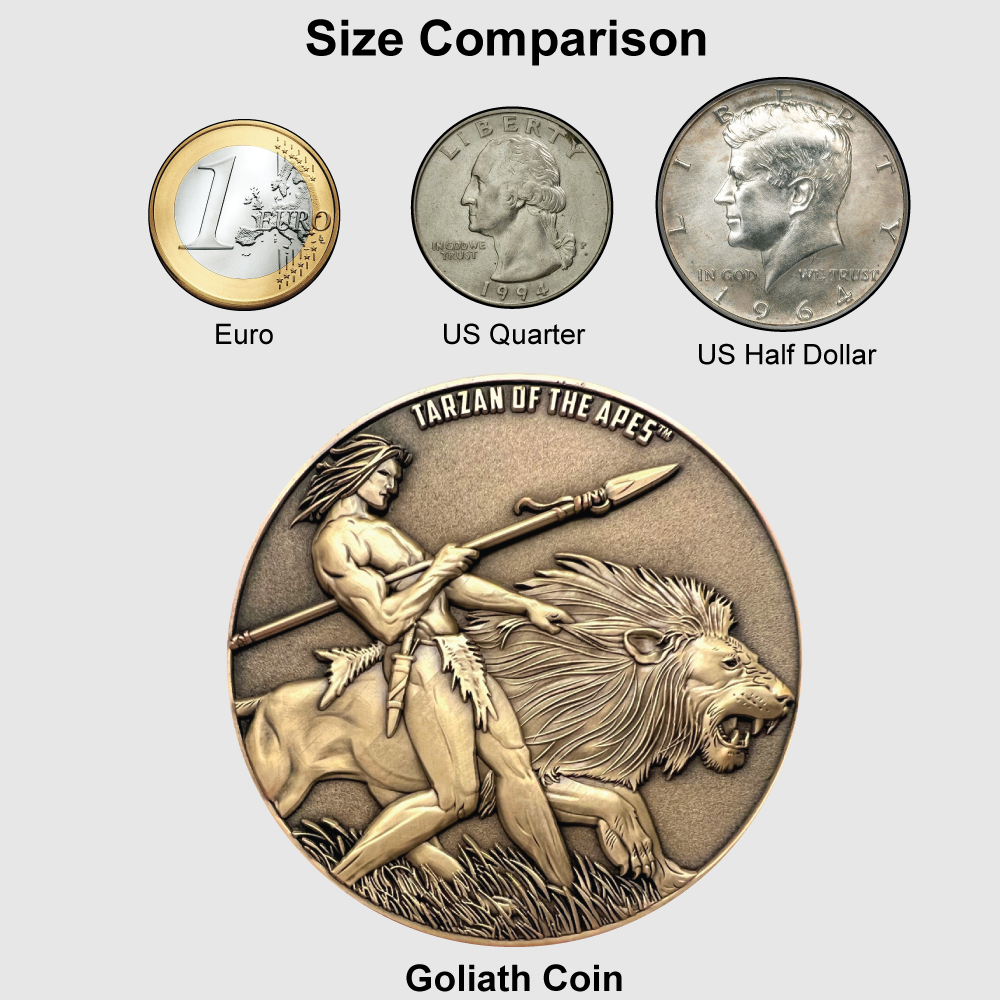