At the watering hole in South Africa’s Addo Elephant National Park, a baby elephant learned a valuable lesson when he attempted to intimidate a much bigger buffalo. The elephant lifted its head with ears out to send a strong message, but the buffalo did not give in. Instead, he headbutted the smaller creature, sending him flying into the air. Surprisingly, the other elephants did not seem to be too frazzled by the event, but the little calf thankfully was not hurt. 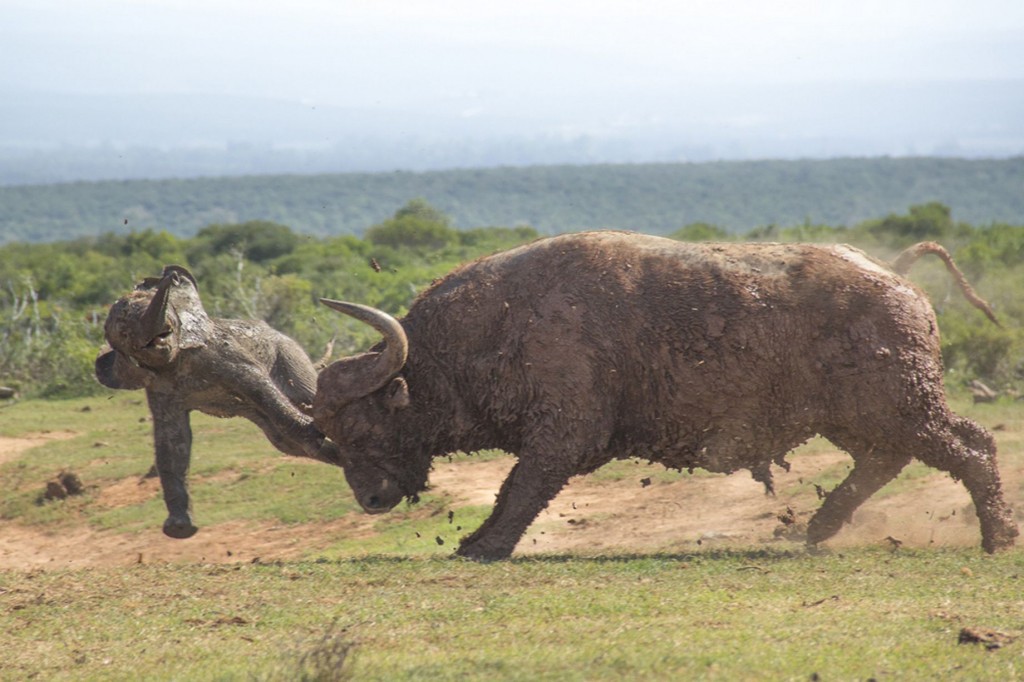