Change is coming to the Jungle!

(May 8, 2015 – Tarzana, CA) As of episode #31 our Jungle Girl feature will be drawn by War Chief’s own Nik Poliwko. Our current art team of Will and Jo Meugniot have decided to actively pursue their retirement and realized having a regular weekly assignment was interfering with their travel plans. Per Will, “Drawing Jungle Girl for the great people at ERB was a dream come true, but I’ve been concerned that I couldn’t continue delivering the strip at its current quality and find time for the outside pursuits I’ve wanted to take up in retirement. It’s been a relief that Nik, who is one of my favorite Burroughs artists, is willing to pick up the reins. As a fan of Martin’s writing and Nik’s visual storytelling, I look forward to seeing what comes next in the lives of Gordon and Fou-Tan, and trust you’ll all join me in my enjoyment of the continuing adventures of Edgar Rice Burroughs’ Jungle Girl.”

They will be missed! We are excited to continue this wonderful story with Martin Powell, writing, and Nik Poliwko as our artist. Nik is the current artist for The War Chief and also the Editor or our special FB page for ERB web comics www.facebook.com/groups/ERB.Online.Strips/ 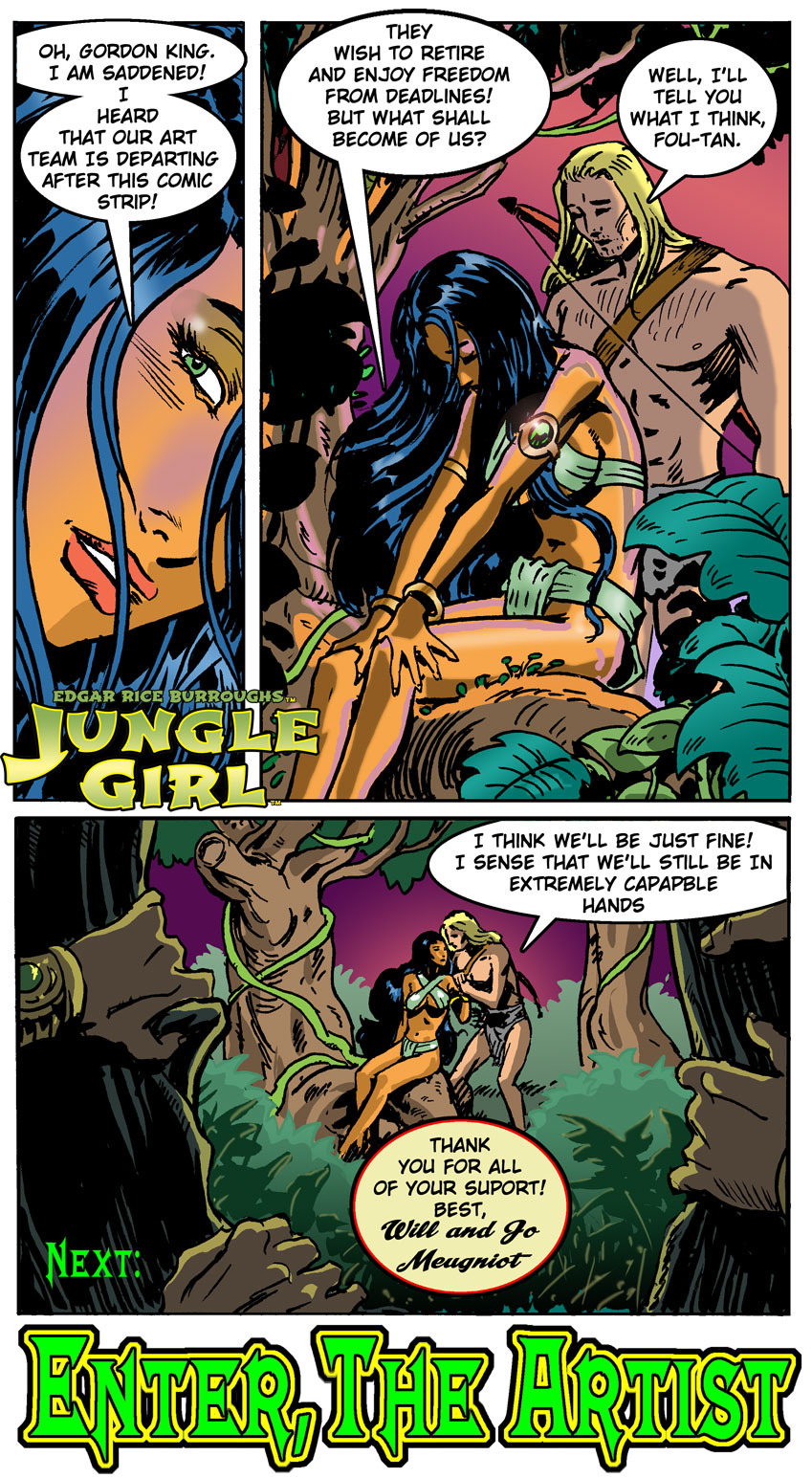 See all our Comic Strip Samples

The first four episodes of “The Jungle Girl,” and all the comic strip storylines featured at EdgarRiceBurroughs.com/Comics, are available at no charge. Fans can gain unlimited access to the entire site and all the strips from the beginning for only $1.99 per month or $21.99 per year.