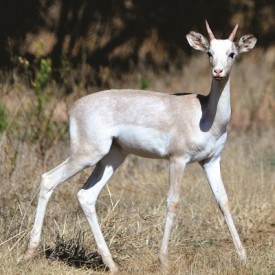 When Synody Mulibehzi woke up June 27, 2012, he had two good arms. By nightfall, he would have just one.

Back then, Mulibehzi and his brother were employed on an anti-poaching team on a conservancy in Zambia, according to accounts made to photographer Benjamin Rutherford. Such teams are employed on game reserves, conservancies and farms, to protect animals from being poached and sold as bushmeat. On that day, Mulibehzi and seven others responded to a report of an early morning gunshot on the conservancy that he regularly patrolled. Armed only with a big stick, Mulibehzi charged headlong into the thick bush. 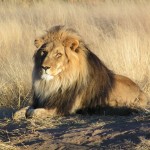 Zimbabwe’s ban on hunting lions, leopards and elephants around Hwange National Park – where Cecil the lion lived before he was lured to his death – has been lifted just a week after it was instigated. A statement to members of the Zimbabwe Professional Hunters and Guides Association was leaked this weekend, showing the ban on big-game hunting in areas outside of the park has been abandoned – but is still in place in the farm where Cecil was killed.

HARARE, Zimbabwe (AP) — Zimbabwe has accused a Pennsylvania doctor of illegally killing a lion in April, as it seeks to extradite a Minnesota dentist who killed a well-known lion named Cecil in July.

Jan Casimir Seski of Murrysville, Pennsylvania, shot the lion with a bow and arrow near Hwange National Park, without approval and on land where it was not allowed, said Zimbabwe’s National Parks and Wildlife Management Authority.

The hunter said to have lured a beloved lion named Cecil out of Zimbabwe’s Hwange National Park, to be shot and killed as a trophy, has been identified by authorities as Walter James Palmer, a Minnesota dentist. The July 1 killing of a Cecil, a 13-year-old black-maned lion that held iconic stature in the wilderness preserve, sparked outrage as details began to leak about his death and how the lion was killed. 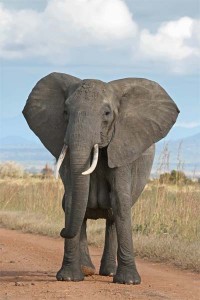 Huffington Post just put up a great and heartbreaking article about the true effects of elephant poaching:

Elephants are extraordinary animals. They’re super smart and emotional, and their relationships are complex. They’ve been known to show compassion, empathy, altruism, self-awareness and grief. People the world over love elephants; some even worship them.

But these majestic creatures are also one of the planet’s most threatened. African elephants, for instance, are being driven to extinction by poaching, killed en masse for their magnificent tusks. “I could take you tomorrow to a park and show you fresh carcasses. It’s a tidal wave of destruction flooding across the continent,” long-time ranger and conservationist Rory Young told The Huffington Post last month. “Ivory is beautiful. The problem is, we just can’t do this anymore.”