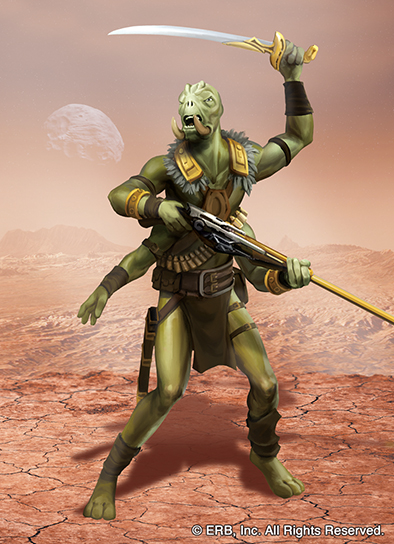 In his youth, Tars Tarkas fell in love with the Tharkian maiden Gozava and had a child with her, forbidden acts among the cruel and heartless Tharks. Against the customs of the Tharks, Gozava knew the identity of their offspring, who was named Sola. Gozava raised her daughter in secret, eventually revealing the truth to her. When the Tharkian woman Sarkoja learned of Gozava’s secret, she reported her discovery to Tal Hajus, Jeddak of the Tharks, who imprisoned Gozava and tortured her to death for her crimes. But the identity of Sola’s father went unknown for many years, as Tars Tarkas grew in rank and prestige among his horde. Then the Earthman John Carter came to live among the Tharks, and Tars Tarkas’ fate at last took a turn for the better. When Tal Hajus demanded the death of John Carter, the Earthman suggested to the Tharks that Tars Tarkas would make them a better chieftain, and duel to the death was arranged between the two green Martian warriors. Before the fight, John Carter revealed the story that Sola had told him—that she was Tars Tarkas’ daughter. Tars Tarkas emerged victorious and became Jeddak of Thark. Grateful for his aid and friendship, Tars Tarkas became an invaluable ally of John Carter, who would go on to become Warlord of Barsoom. 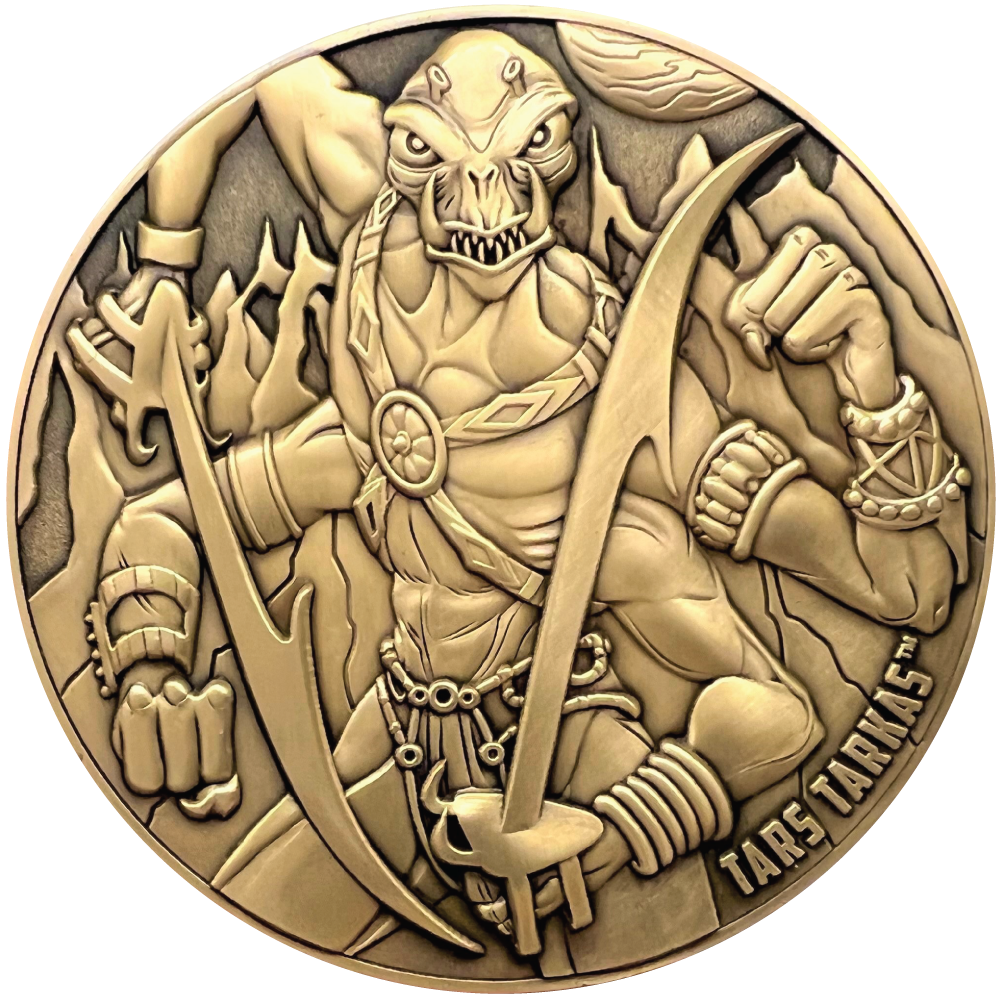