We are pleased to announce that we have received our stock from the printer for Tarzan volumes #9–12 in the Edgar Rice Burroughs Authorized Library, and we have begun shipping the books out to customers! Due to the large number of preorders and shortened business hours due to COVID restrictions, it will take our team about two weeks to send out all the preorders. The books will be shipped out in the order that the preorders were received. We appreciate your patience as our small staff works hard to package each of your orders with care and get them out in a timely manner. 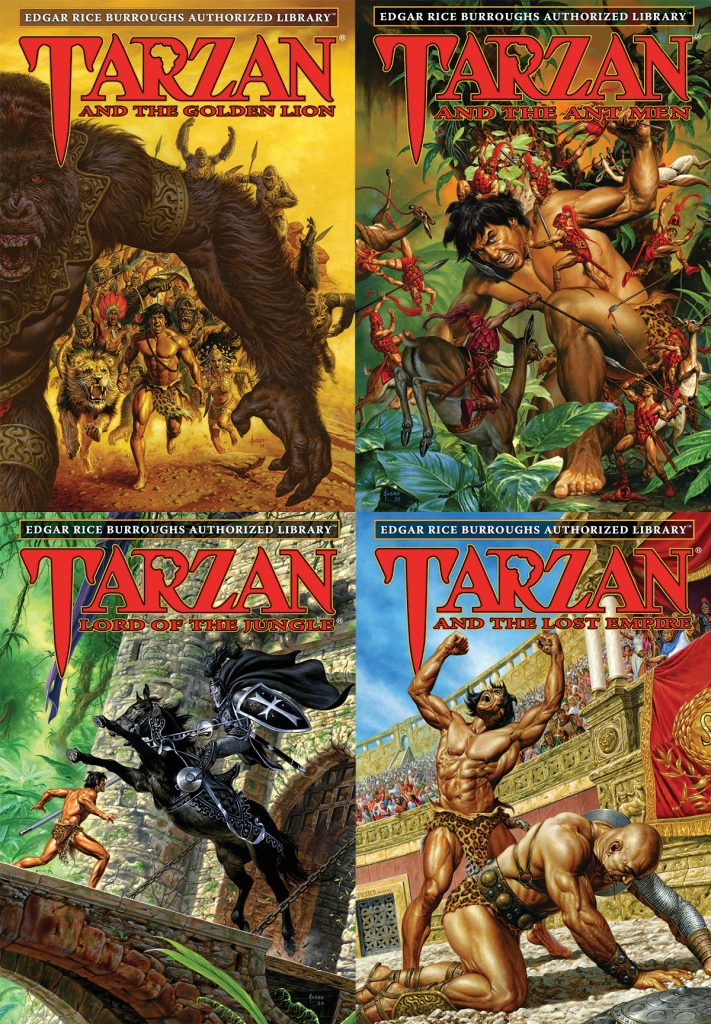 Our publishing program has grown exponentially over the last year and it has been so exciting for our team and for all ERB fans to experience. Our team has worked hard to keep up with this growth, and we are continuing to improve how we process online orders.

Beginning in May, we will be implementing a new process in shipping out online orders. If you have an account with our online store, you will be able to log in and see the accurate status of all of your orders. Furthermore, shipping confirmation emails, with USPS tracking information for US domestic orders, will be sent to you when your orders ship out.

Our team at ERB, Inc., strives to serve you with excellence, and we appreciate your patience while we work to enhance your experience as a member of the universe Edgar Rice Burroughs created many decades ago! 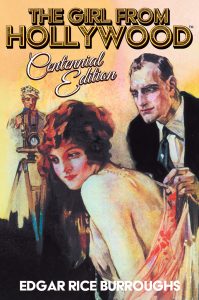 Presales have been brisk for our hardcover Collector’s Centennial Edition of Edgar Rice Burroughs’ classic novel The Girl from Hollywood, which is limited to only 200 copies and includes a bookplate signed by frontispiece artist Douglas Klauba, foreword author Michael D. Sellers, and the ERB, Inc., executive staff. If you’d like to make sure you’ll get a copy, please preorder the book now while we have copies remaining. The Girl from Hollywood Centennial Edition is also available for preorder in a trade paperback, and both the paperback and the limited hardcover editions are expected to ship Spring 2021.

Please stay tuned to ERBurroughs.com and our social media channels (Facebook, Twitter, Instagram) to keep on top of the host of exciting new releases that we will be announcing in the coming weeks and months!

Hollywood was a prime destination for beautiful young women in the 1920s. These women arrived from out in the country and other cities. They came full of hope of becoming major stars in the newfound motion picture profession. But most were at risk of falling under the influence of agents who had many ways to control their destiny. Women who grew up in the Hollywood area had more solid roots but even they would yield, at their peril, to the promises made to them but never kept.

Edgar Rice Burroughs gives an early look into the subculture of Hollywood, with drugs directing human activity, that continues to this day. The New York Times described The Girl from Hollywood as “a fascinating cultural document about a California ranch family ruined by booze, dope and movieland promiscuity.” During Prohibition, alcohol use was common, but distributors had to keep it hidden, hoping to not be discovered by the authorities. But hiding was next to impossible – so framing someone else for murder was one way to throw the authorities off your trail. 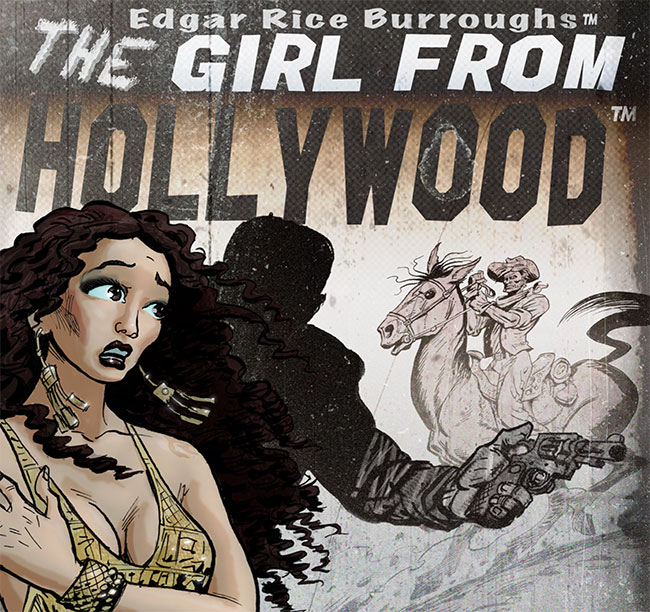 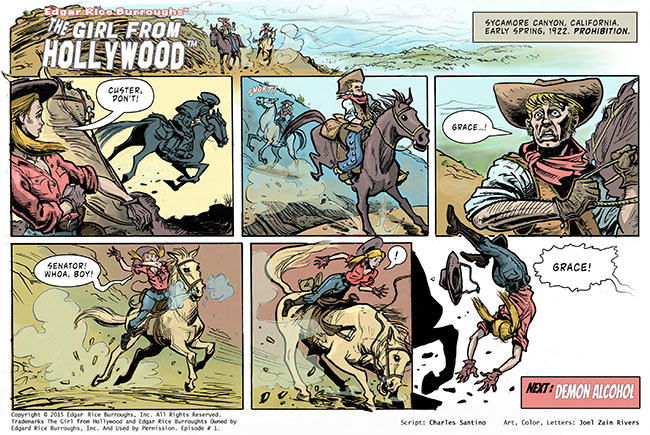 As with all the series featured at edgarriceburroughs.com/comics, the first four episodes of “The Girl From Hollywood” will be available at no charge. Fans can gain unlimited access to the entire site and all the strips from the beginning for only $1.99 per month or $21.99 per year.