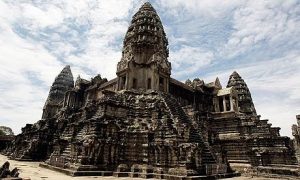 Edgar Rice Burroughs (r) is once again proven to be prescient with his novel “Land of The Hidden Men” also known as “Jungle Girl”. He knew the cities were there. It took scientists another 100 years to confirm it.

Researchers have discovered a vast network of hidden cities laying deep under the lush Cambodian jungle near the medieval mega-city of Angkor Wat, in “groundbreaking discoveries that promise to upend key assumptions about south-east Asia’s history,” the Guardian reported in an exclusive on Friday.