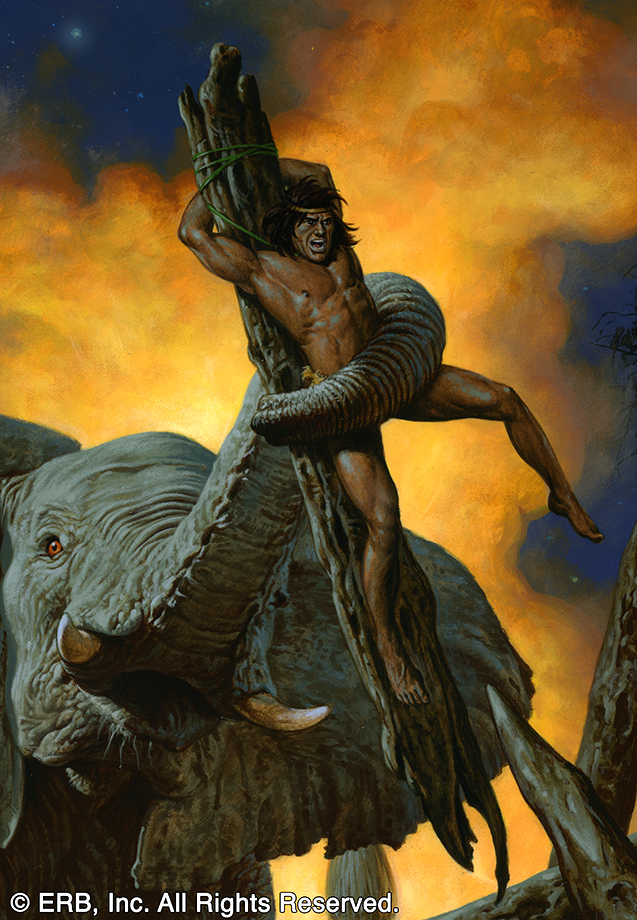 Korak is the son of Tarzan and Jane Porter. When a nefarious plot by Tarzan’s old enemy Alex Paulvitch went awry, young Jack Clayton fled to Africa with his father’s former Mangani friend Akut, who had been brought to London as the star of a trained ape act. There, he adopts the name Korak (meaning “The Killer” in the language of the Mangani), becomes a jungle hero in his own right, and rescues a young girl named Meriem, who was abducted as a child and raised among Arab raiders. After a series of trials and adventures after which the two are long separated, Korak and Meriem are eventually reunited and go on to be married. As an adult, Korak went on to serve in World War 1 on the Argonne Front and to journey to the lost valley of Pal-ul-don in search of his famous father.

Tarzan and the Ant Men

Korak at the Earth’s Core: Book One of the Dead Moon Super-Arc (novel – forthcoming 2023) by Win Scott Eckert