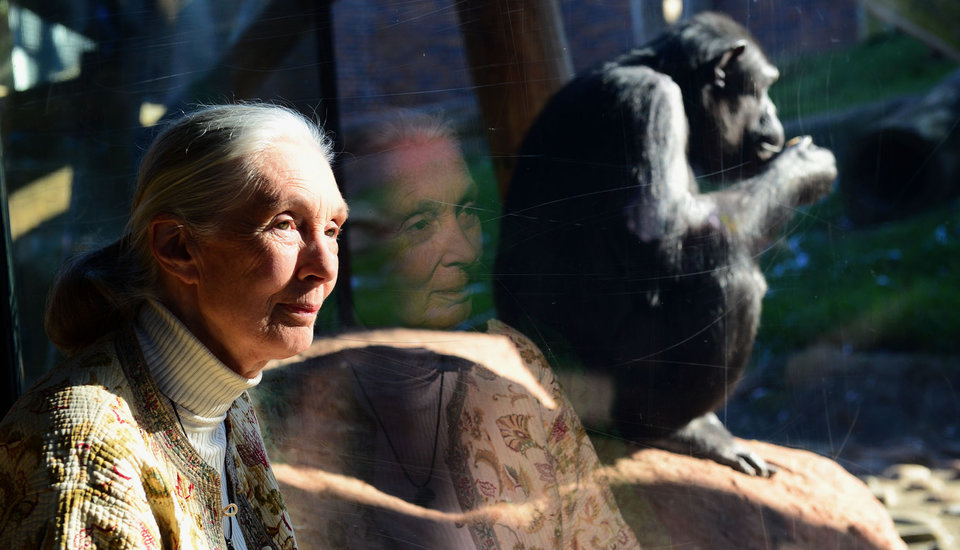 At the beginning of Jane, a film about pioneering British chimpanzee researcher Jane Goodall, documentary filmmaker Brett Morgen asks his subject about her dreams as a child.

“I was typically a man and went on adventures,” recalls Goodall. “Probably because at the time I wanted to do things which men did and women didn’t — you know, like going to Africa, living with animals.”

Later, reading from her 1999 book Reason for Hope: A Spiritual Journey, Goodall expands on that theme. “I wanted to come as close to talking to animals as I could, to be like Dr. Doolittle,” she says. “I wanted to move among them without fear, like Tarzan.”