(September, 13 2014 – Tarzana, CA) The world of 2137 was half known and half unknown – at least as far as the Pan-American Union was concerned. Having stayed out of the Great War over 200 years before, the entire eastern hemisphere – east of the 30th Meridian West and west of the 175th Meridian East [essentially, all of Europe, Africa and Asia] – had become ravaged by war and descended into chaos and barbarism. The eastern hemisphere served as no example for nations in the western hemisphere to follow. So, it became illegal for anyone, or any nation, in the Western Hemisphere [both Americas] to go BEYOND THIRTY. For two centuries, the peace that followed in the western hemisphere, as nations voluntarily united, was unprecedented. 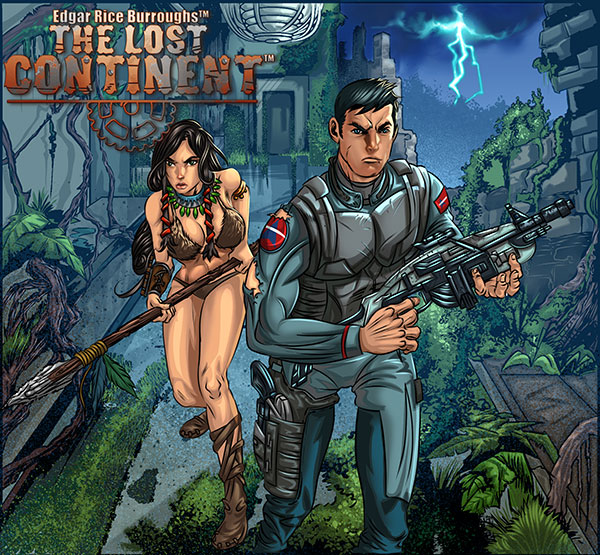 There was steady vigilance to ensure all was well. And then, disaster struck during a routine patrol aboard the aero-submarine, Coldwater, commanded by the Pan-American Navy Lieutenant Jefferson Turck. The submarine was patrolling from Iceland to the Azores, along the 30th meridian, when the storm-tossed vessel’s anti-gravitation screens and engines failed. And as its wireless radio had also failed, Turck could not summon help while his vessel drifted uncontrollably BEYOND THIRTY. With all these calamities happening at the same time, Tuck asked himself if there was a saboteur aboard. His suspicions were borne out when he and three crewmen boarded a small craft to catch some fresh fish for the crew. While the men were fishing, the Coldwater suddenly ascended and headed due west – back inside the 30th meridian to the safety of the Pan-American Union.

With knowledge of his grandfather’s old maps and his upbringing on how to navigate by the sun and stars, Turck concluded they were much closer to old England than New England. The unsettled crew reluctantly agreed to sail east. When they landed, they saw no civilization – only jungle. War-torn Europe was just a distant memory to these Pan-Americans, but to see no humans at all was unexpected.

Eventually contact is made – and not for the better. Turck discovers a queen of Grabritin, Victory, whose few subjects spend most of their time evading man-eating lions who have taken over the island nation. Then, Turck and Victory fall into the hands of the Abyssinian Empire, a black super-state ruling all of Africa, most of Europe, and the Arabian peninsula. While the Abyssinians’ technology is roughly equivalent to that of the nineteenth century, the white savages that populate Old Europe, in Turcks’ time, are no match for them. The Abyssinians consider whites a lower order and take them as slaves, including Turck and Victory. Turck succeeds in rescuing Victory amid exciting adventures and senseless, tragic deaths. And now Turck has only one alternative: to make his way with Victory to the rival empire of China, which now rules all of Asia. But will China consider him, an officer in the Navy of the Pan American Union, a friend or foe?

As the grandfather of science fiction, Edgar Rice Burroughs was an innovator and ahead of his time. See Burroughs’ flying boat [illustration and strip #1 below] which traveled sub-marine, on the marine surface, and in the air. Written in 1916, this Burroughs’ book, The Lost Continent is an adventure from the past about the future that might have been! 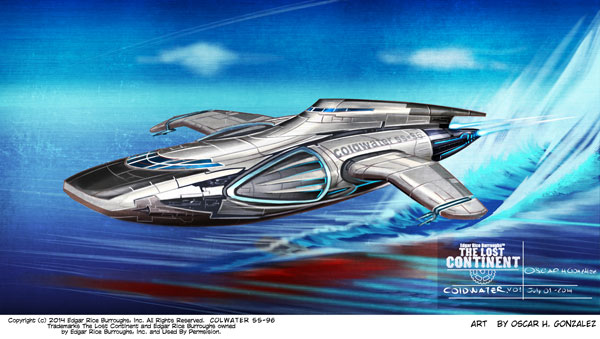 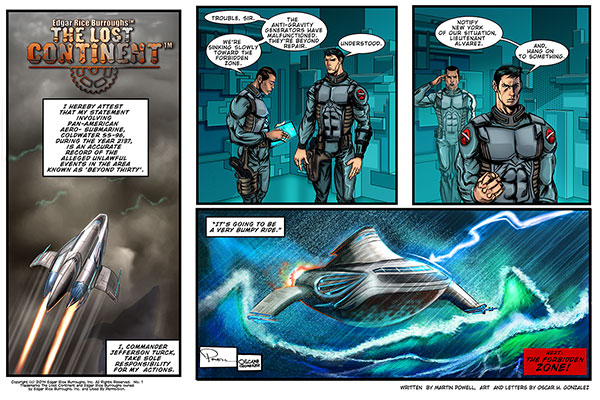 As with all the series featured at edgarriceburroughs.com/comics, the first four episodes of “The Lost Continent” will be available at no charge. Fans can gain unlimited access to the entire site and all the strips from the beginning for only $1.99 per month or $21.99 per year.