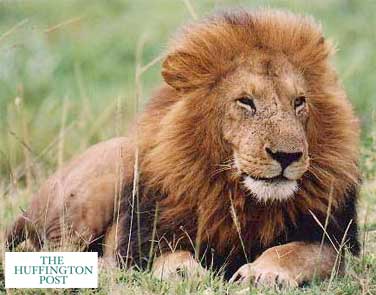 For many of us, thoughts of the African savanna are incomplete without the image of a lion. The fabled ‘king of the jungle’ is a part of the very fabric of Africa imagined by those of us living far from the home of these magnificent beasts.

It is inconceivable for us to picture an Africa without lions, living free and wild.

But when we remove the fantasy of our imagined Africa and examine the facts we could and should be horrified by what we discover.

African lion populations have plummeted by 48.5% over the past twenty years. Today, there are believed to be less than 40,000 lions remaining across a handful of African countries. These few animals face ever increasing threats from burgeoning human populations encroaching on their traditional ranges, disease, and loss of prey.

And one other threat which is a lot closer to home—us.

Sadly, Americans are leading the world in the import of dead lions as “trophies”.

From 1999 through 2008, Americans imported 4,021 lion trophies to adorn homes and offices across the land. This accounts for more than half of those traded internationally during this time period.

That’s why the International Fund for Animal Welfare and a coalition of wildlife groups have filed a petition with the US Fish & Wildlife Service to protect African lions under the Endangered Species Act (ESA).

By listing this species as endangered, the import of lion trophies into the US would be prohibited.

The US could become a leader in protecting wild lions, rather than one of the major contributors to the disappearance of wild lions from Africa.

The scientific and legal review involved to get lions included on the endangered species list will take time, but it is never too early to demonstrate support.

IFAW encourages you to reach out to your local media, write letters to the editor, comment on blogs, and contact your elected representatives and USFWS officials to let them know that the United States should be protecting lions, not hunting them.

For more information on the International Fund for Animal Welfare efforts to save animals in crisis around the world, visit http://www.ifaw.org