When money is no problem, people go on a south seas voyage. But the sea can be full of the unexpected. And if you’re unlucky enough to be swept overboard during a storm, your future is in others’ hands. This is what happened to Waldo Emerson Smith-Jones, a blue-booded mama’s-boy who’s bookish education did not prepare him to cope with the jungle island that was to become his new home.

Waldo is terrified when he encounters primitive, violent, men-ape-like throwbacks from mankind’s evolutionary history. He runs from them but reaches a dead end! He turns and successfully makes a stand – astonishing himself as well as the brutes. He then meets a beautiful girl, Nadara, also on the run from them. In an uncharacteristic gesture, Waldo saves her from the grasp of an ape-man and they make their escape. Waldo is shocked that she believes him a hero, mistaking his frightened screams for war cries. She calls him Thandar, meaning the brave one. 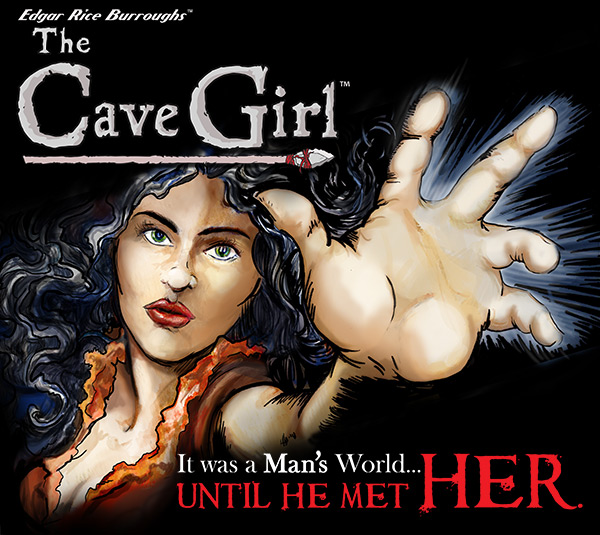 Nadara teaches Waldo her language, how to swim, how to fish, and basic woodcraft. Waldo begins to realize how little he really knows about survival. Nadara warns him that as a newcomer to the tribe he must fight the strongest men, who have killed many. When they reach her home village, he is horrified to see that despite her appearance, her tribe seems to be cavemen from the paleolithic era, not much better than the brutes he fought earlier. In order to avoid death at the hands of the tribal bullies, he vanishes.

For six months, Waldo makes weapons and trains himself for battle. He finds himself growing healthier due to the constant physical demands of primitive living. And, Waldo realizes he has a growing love for Nadara. Even when a ship arrives he declines to leave. Waldo searches for Nadara again but she and her tribe are gone – but where? What new adventures will he encounter as he searches for her? And if Waldo finds her, will his noble bloodline meld with her primitive upbringing?

Join the excitement. Start reading now at www.edgarriceburroughs.com/comics! For just $1.99 per month you will have access to all these fabulous new weekly comic strips by terrific writers and artists: