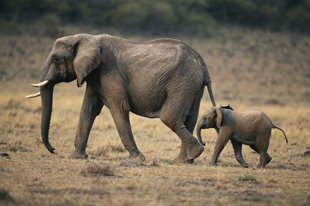 Here’s a language you never got the option to learn in school! A 14-year-old girl from India knows how to speak to elephants, a skill that comes in handy more often than you’d think.

Last June, a herd of 11 elephants from nearby forests entered a residential area in the city of Rourkela. Before the wild animals could wreak havoc on the town and its residents, authorities got hold of teenage girl Nirmala Toppo, because unbelievably, she seems to have the ability to communicate with elephants.

Nirmala rushed from her village on the Odisha-Jharkhand border to a football field in the city where the elephants were temporarily being held.

“First I pray and then talk to the herd,” the teen recently told BBC. “They understand what I say. I tell them this is not your home. You should return where you belong.”

The elephants started walking with her. In fact, they walked with her for miles, speaking to them the whole way as she guided them back to the forest.

Elephants in the area’s nearby forests frequently invade villages and towns, destroying homes and trampling people. The more their habitat is encroached by humans for activities like mining and cutting down trees, the more likely they are to wander out of the forest.

Nirmala, who is known as “Lady Tarzan,” speaks to the pachyderms in her local tribal dialect of Mundaari. She explains that because tribal people and the elephants (among other wild animals) have cohabited in the same area for ages, the elephants understand their language.

Not only does this story show a brave young girl using her skills to help both humans and animals, it proves that it’s possible for two very different species to share a bond and communicate with each other.