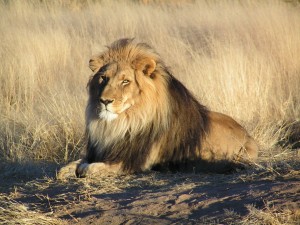 The US Fish and Wildlife Service, “following a review of the best available scientific information, … proposed listing the African lion as threatened under the Endangered Species Act” in their latest statement. According to their findings, the lions may be going extinct in the near future if protective measures are not taken. The FWS suggested that the imports and international trade need to be monitored and enforced better.

According to Yahoo News, the Endangered Species Act could bring more awareness to the dwindling number of lions in Africa. While some still roam freely, majority has been limited primarily to 10 major strongholds and human settlements keep encroaching on their territory. On top of that, the lion’s prey is also being hunted down, not only diminishing their food supply but also forcing lion’s to attack livestock leading to retaliation by humans. As the FWS Director Dan Ashe explained, it is up to the world and not just Africa alone to ensure the specie can survive for generations to come.