Thomas Yeates’ well known image, TARZAN AND THE GOLDEN LION, has been created in mosaic form [5′ diameter] and installed in the plaza of the Tarzana Community & Cultural Center. 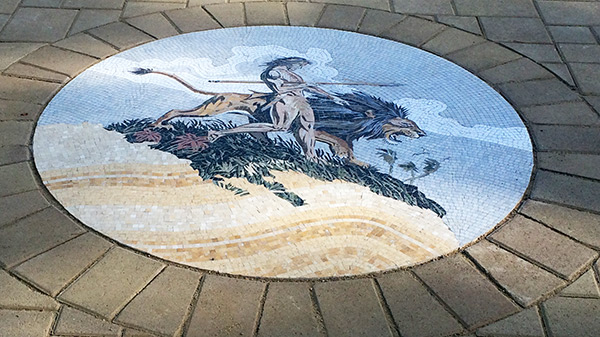 The artist, Thomas Yeates, is a long-time favorite of all TARZAN fans. TARZAN AND THE GOLDEN LION is a modern version of the logo done by Roy G. Krenkel from 1966 that was originally modeled after the P. J. Monahan oil painting used on the front cover of Argosy Weekly Magazine Dec. 9 1922.

The mosaic itself was done by Vita Nova Luxury Mosaics located in Pacoima, California – 818-897-2432. Gali Rotstein was the mosaic artist – her detail and vision is wonderful and a faithful rendering of the Yeates art. Heidi L. Huber really moved it along with her energy and enthusiasm for the project. 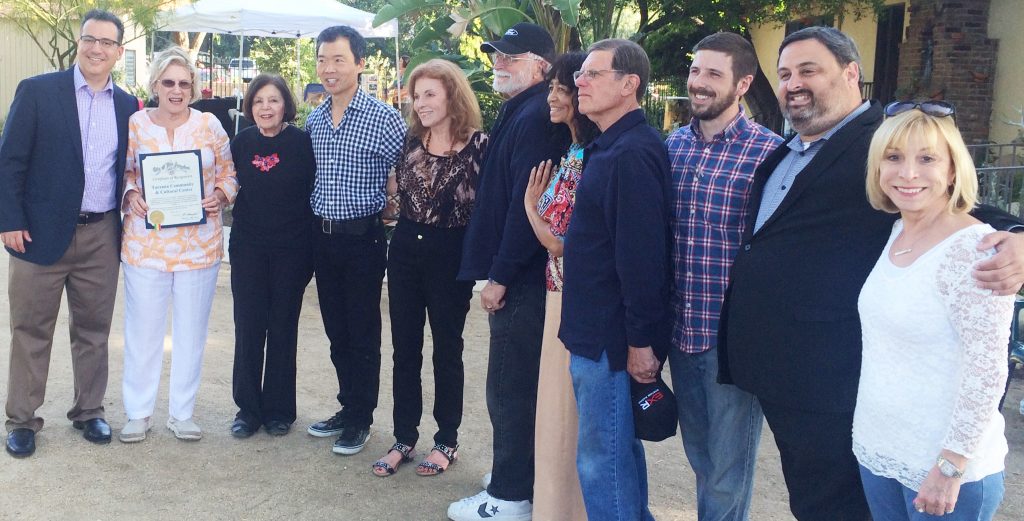 City Councilman, Michael Blumenfield [left] and the Board of Directors of the TCCC.