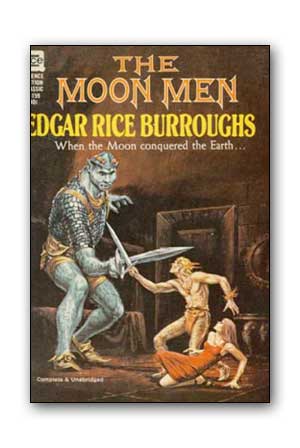 Through the treason of a handful of men, contact between earth and the moon had become a nightmare. The world became the tool of the Lunarians, whose plundering and cruelty reduced thriving nations to poverty stricken wastelands. THE MOON MEN is the astounding story of that tragedy, and of the exploits of Julian, the human who dared fight for freedom. It is the story, also, of Red Hawk, Julian’s descendant, the nomad who attempted to bring the struggle to its final desperate conclusion