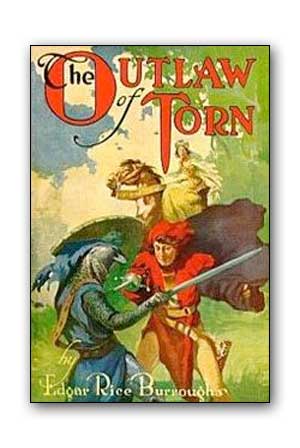 The Outlaw of Torn

THE MOST FEARED WARRIOR IN ENGLAND. At 17 – The Greatest Swordsman in England — At 18 – A Price On His Head –At 19 – The Leader Of A Band Of A Thousand Who was this Norman of Tom? Where did he come from? All that anyone knew was that his blade was sharp, his arm strong. Then – As he was about to uncover the secret of his birth – he found himself in the greatest peril he’d ever known. ‘These then, be my men father; and together we shall fare forth upon the highways and into the byways of England to collect from the rich that living which you have ever taught me was owing US. “All’s well, my son, and even as I myself would have it; together we shall ride out, and where we ride a trail of blood shall mark our way. ” “From now, henceforth, the name and fame of Norman from Torn shall grow in the land, until even the King Shall tremble when he hears it, and shall hate and loathe ye as I have even taught ye to hate and loathe him.” ‘All England shall curse ye and the blood of Saxon and Norman shall never dry upon your blade. Such was the heritage of the fearless youth who became known throughout Medieval England as the Outlaw of Tom. But who he really was, how he fared, and how his sword won him the way to his true The Outlaw of Torn birthright.