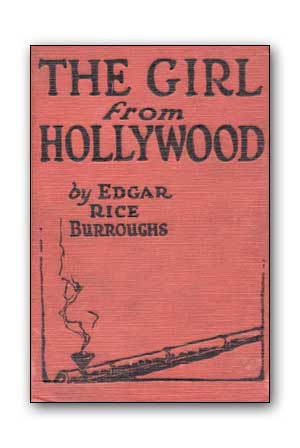 The Girl from Hollywood

Life at the Pennington’s Rancho del Granado was hard, but it was a good life, far removed from the unnatural pressures and dangers of the big city. It was, that is, until the desperate and evil ambitions of a powerful Hollywood drug pusher threatened the very foundations of the Pennington family. As she reached the foot of the trail, she saw Bartolo standing beneath a great oak, awaiting her. He came forward as she guided her horse towards the tree. “Buenas dias, senorita, ” he greeted her, twisting his pock-marked face into the semblance of a smile. 7 need money, and you will get it for me – or Bartolo will tell certain people what he knows. 1771 get you nothing!” “You get money now-and whenever I want it. ” said the Mexican. 171 tell you Mr. Penington how you peddle dope. I know! You do what I tell you . Sabe?” “Listen, Bartolo, there used to be five men in your gang, now there are only four-what if I tell the police about Gracial?” You know too damn much!” growled the Mexican. Suddenly he seized her wrist and pulled her from the horse. He stood over her The Girl From Hollywood appraising her boldly. “Before I kill you”.