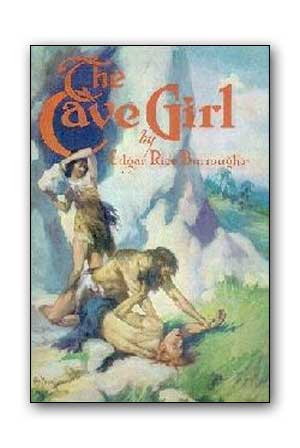 In an instant there sloughed from the heart and mind and soul of Waldo Emerson Smith-Jones every particle of civilization and culture and refinement that has required countless ages in the building, stripping him naked, age on age, down to the primordial beast that has begot his first human progenitor. He saw red as he leaped for the throat of the man-beast whose ruthless hands were upon Nadara Rolling, tearing and biting, they battled-each seeking a death hold on the other. Nadara’s eyes were wide with fascination. She leaned forward with parted lips, drinking in every detail of the conflict between the two beasts. Ah, but was the yellow-haired giant really fighting for the possession of her, or merely in protection, because she is a woman?