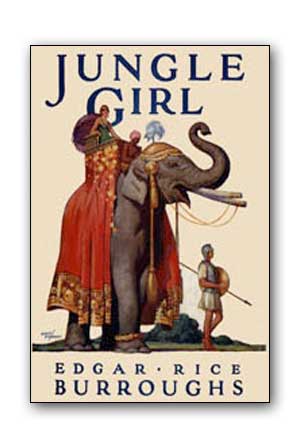 Adventure in the lost city of a secret kingdom. Even today, Asia, vast continent of ancient civilizations and mysterious peoples, has many corners little known to the rest of the world. Gorden King, a daring young American explorer, stumbles upon the thousands year-old secret of THE LAND OF HIDDEN MEN. The dangers he has to face, his rescue of a jungle princess and his combat against the warriors of the lost city of Pnom Dhek are thrilling as told by the last exciting line. “There are other things deep in the jungle, my lord, that no man may look upon and live.” Within the dark shadows of the jungle the ruins of their cities still stand, and down the dark aisles of the forest pass the ancient kings and warriors and little sad-faced queens on ghostly elephants. We might escape My Lord the Tiger and the wild elephants, but no man may look upon the ghost of the dead Khmers and live. But Gordon King, child of the twentieth century, was not to be frightened away by what seemed foolish superstition. The young American was soon to find what a courageous man might easily enter the treacherous depths of the jungle, but it was quite another matter as to weather he might ever come out again, alive.