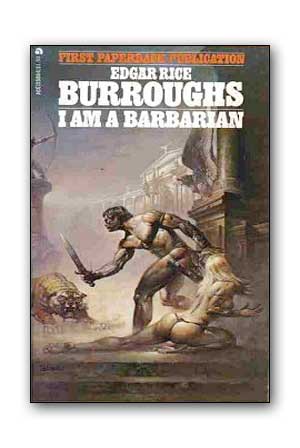 I am a Barbarian

Son of a great and defiant chief in far-off Britain, to the haughty Romans I was just another young barbarian. In the decadence of Imperial Rome I faced death time and again in the gladitorial arena, in the chariot races, in the twisted hearts of palaces and always at the hand of my master, mad Caligula, the bloodiest Roman of them all. Someday I would have my revenge. After our capture by the Romans, we were taken to the camp of Germanicus, and he looked us over. His wife, Agrippina, was there with a little brat about four years old, hanging on to her tunic. Suddenly the brat tugged at his mother and said, “I want”, pointing at me. A centurion was about to lead us away, when Agrippina stopped him with an imperious gesture. “Hold! Caligula wishes the young barbarian. Take it away, burn that filthy wolf skin it is wearing, scrub it, and bring it to my tent. I saw my mother’s lip tremble, but she kept her head up. Father didn’t even flick an eyelash. I never saw them again, but for the one time in Rome. I then dedicated my life to one purpose vengeance. Someday I would kill Caesar.