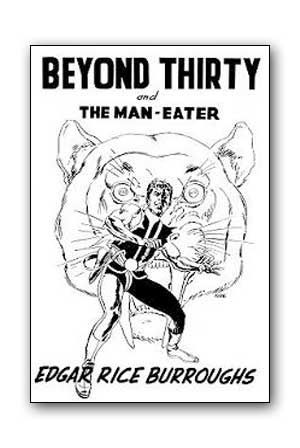 For two hundred years, a civilized America had cut off all contact with the war-ruined Eastern Hemisphere until such places as Europe and Great Britain had become mere legends. Then Jefferson Turck dared take his U.S aero – sub across the 30th Longitude West on the mission of a new Columbus, and a fascinating voyage of discovery. To civilized Americans of the 22nd Century, the Eastern Hemisphere exists only as fearsome legend. This mythical Europe became a wild collection of lands degenerated into barbarism long ago in a series of terrible wars. But to Lt. Jefferson Turck of the Pan American Navy, the lost continent has always held a strange fascination …. And so, undaunted, he sets out, a new Columbus — this time sailing East to discover a land rich in peril, where the lion is king of beasts and men, but the queen is a beautiful barbarian worth the challenge of THE LOST CONTINENT.