We are pleased to announce that we have received our stock from the printer for The Girl from Hollywood Centennial Edition, and we have begun shipping the books out to customers! It will take our team about one week to send out all the preorders. The books will be shipped out in the order that the preorders were received. We appreciate your patience as our small staff works hard to package each of your orders with care and get them out in a timely manner. When your order ships out, you will receive a shipping confirmation email with tracking information.

Limited quantities remain of the hardcover Collector’s Edition, so place your order now if you haven’t already to be sure you’ll get a copy 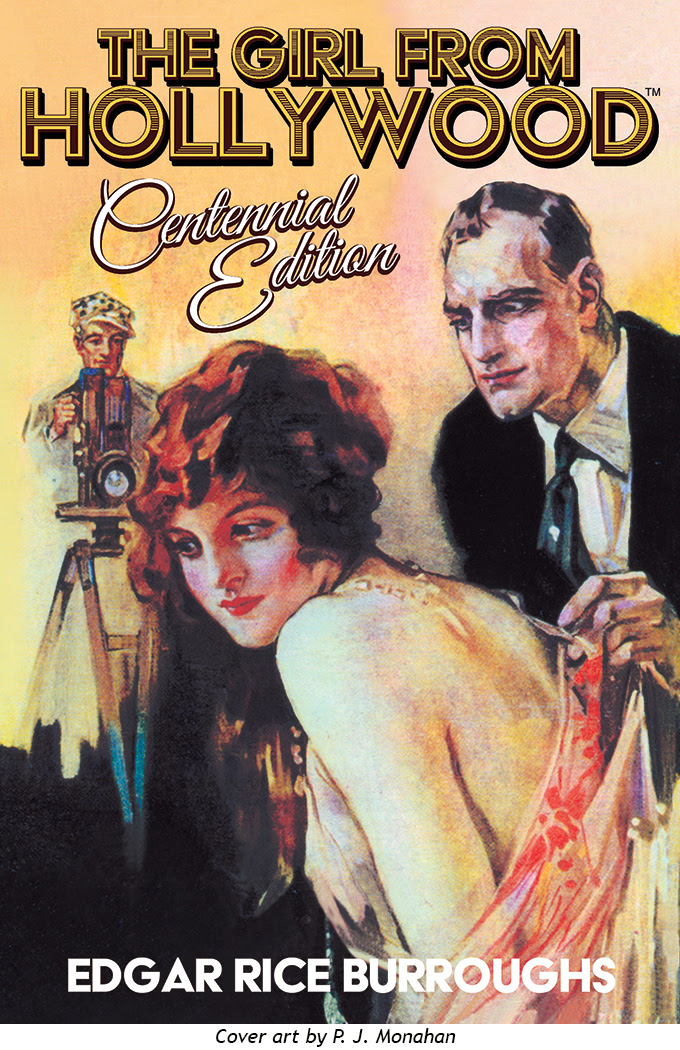 In 1921, Edgar Rice Burroughs wrote a novel unlike any other in his entire catalog—a sordid tale of drug addiction, corruption, and murder set against the backdrop of Prohibition-era Hollywood. He believed it to be one of his finest works, written as it was from his own experience after he and his family moved to their Tarzana Ranch in Southern California and became exposed to both the allure and perils of nearby Tinseltown. Now, celebrate the hundredth anniversary of this timeless work in The Girl from Hollywood Centennial Edition, featuring a new foreword by Michael D. Sellers (author of John Carter and the Gods of Hollywood), a specially commissioned frontispiece by renowned artist Douglas Klauba, classic cover art by P. J. Monahan, and rare and never-before-seen bonus materials from the archives of Edgar Rice Burroughs, Inc., in Tarzana, California.

The Girl from Hollywood Centennial Edition will be available in a paperback and a hardcover Collector’s Edition. The book is now shipping!

Order your copy of The Girl from Hollywood Centennial Edition today!