Tarzan Trilogy
Three all NEW Tarzan Stories, in one book, with Illustrations 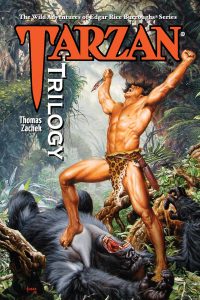 Three all new tales of Tarzan at Point Station, a remote English outpost near the Waziri homelands. Set during the advent of World War II, we see more and more European intrusion to the Bolongo River Basin. Tarzan becomes embroiled in increasingly dangerous events as cultures clash. ORDER YOUR COPY TODAY 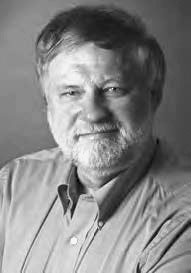 I grew up on the Tarzan movies and, to a lesser extent, the comics. But I became hooked on the real Tarzan in high school after picking up a new Ace paperback edition of Tarzan and the Lost Empire for fifty cents, the one with the Frank Frazetta cover of our hero, monkey on his back, hanging from a limb on a cliff and looking down upon the Roman city. I went on to collect the entire series of Ace and Ballantine paperback reissues of Burroughs’ tales (and still have them). I discovered that Burroughs’ stories were quite unlike the family-friendly Tarzan of the movies, with inarticulate Johnny Weismuller as the hulking hero living for some reason in the jungle with a classy, aristocratic Jane. No, Burroughs’ hero was a British lord who spoke educated English and had a fascinating backstory.

I was impressed with the far superior level of development and action found in these tales. I attempted writing my first Tarzan tale in 2005 (Tarzan and the “Fountain of Youth”) as something of a lark, and then followed it, to date, with six more Tarzan tales. Friends encouraged me to try to get the stories published. I am grateful to Jim Sullos of ERB, Inc., for giving me the chance. Here are my first three. In these stories, I have tried to craft realistic, page-turning adventure tales featuring classic Tarzan elements while at the same time taking the character in directions that have never been done in Tarzan stories before. I invite you to share your thoughts and comments with me at zachekbooks@gmail.com.
Thomas Zachek
Menomonee Falls, Wisconsin 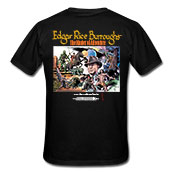 Comic Tees featuring your favorite Edgar Rice Burroughs character from Tarzan® to Korak to John Carter of Mars to The Lad and the Lion to Carson of Venus and many more are available in our online store. Images are from our Comic Strip Subscription stories which are created by well known writers and artists.