In May-June 1915, Edgar Rice Burroughs wrote a film scenario titled “Ben, King of the Beasts.” When he could not secure a movie deal, the story was serialized in The New York Evening Worldnewspapers that November as “The Man-Eater.” The 37,000-word adventure novella was combined with Burroughs’ succeeding post-apocalyptic novella and released in hardback by Science-Fiction & Fantasy Publications in 1957 as Beyond Thirty and The Man-Eater. 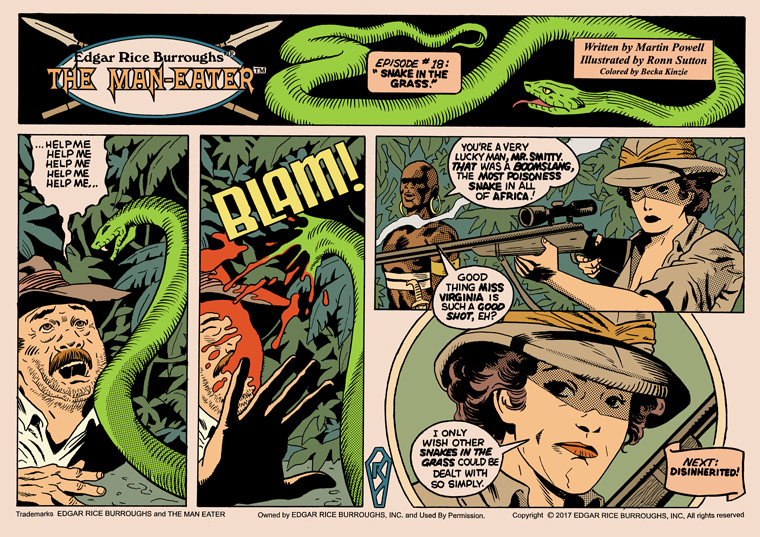 When Scott and the elder Mortons are killed by hostile natives, Belgian forces rescue Ruth and Virginia, who relocate to America to live with Jefferson Scott, Sr. There, they find that their inheritance has disappeared. When Scott, Sr. dies and his nephew Scott Taylor arrives to claim the estate, the race is on to establish Virginia’s birthright—a quest that will lead Virginia and Gordon’s son, Dick, to darkest Africa in pursuit of the truth, pursued by Taylor. There, the rival factions encounter a huge lion whose fate becomes entwined with theirs—in a chase that returns them all to the family estate in Virginia. 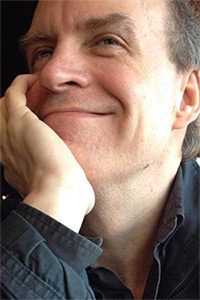 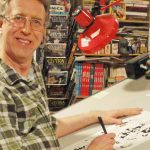 Ronn Sutton has been drawing comics for several decades and has illustrated hundreds of comic book stories, working for a variety of publishers including a nine-year stint of drawing Elvira, Mistress of the Dark for Claypool Comics. Many of these comics were written by his long-time love, Janet L. Hetherington.

In 2015, Motorbooks published the 96-page graphic novel Lucifer’s Sword MC: Life and Death in an Outlaw Motorcycle Club written by Hells Angel Phil Cross and illustrated by Ronn. Another recent project has been illustrating Leigh Brackett’s Citadel of Lost Ships (from Planet Stories, March 1943) into a graphic novel. See nearly 200 pieces of his art at www.ronnsutton.com. 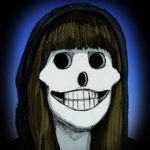 Becka Kinzie is a freelance artist and colorist from Ontario, Canada. Some of her coloring work has been featured in comics such as Hacktivist (vol. 2), and the Gothic Tales of Haunted Love anthology. When not coloring, Becka iss drawing her own horror/darkly inclined comics and art. She’s currently working on her horror/sci-fi webcomic, which can be found on her website at thebecka.com.