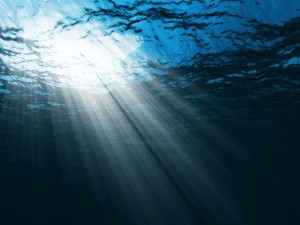 EDGAR RICE BURROUGHS was right all along! PELLUCIDAR, Here We Come!

Scientists at the Northwestern University in Evanston, Illinois have found a large body of water thrice the size of all the oceans on Earth, hidden deep beneath the crust! They speculate this is where all the seas might have come from, lending some new evidence for the Hollow Earth Theory.

The scientists utilized about 2000 seismometers to study the waves of over 500 earthquakes. The analyzed the type of rocks generating the waves, stumbling upon what seemed like a large body of water underneath. Further tests confirmed that there was moisture present some 700 kilometers below.

Guess it’s only a matter of time before they find dinosaurs down there now!