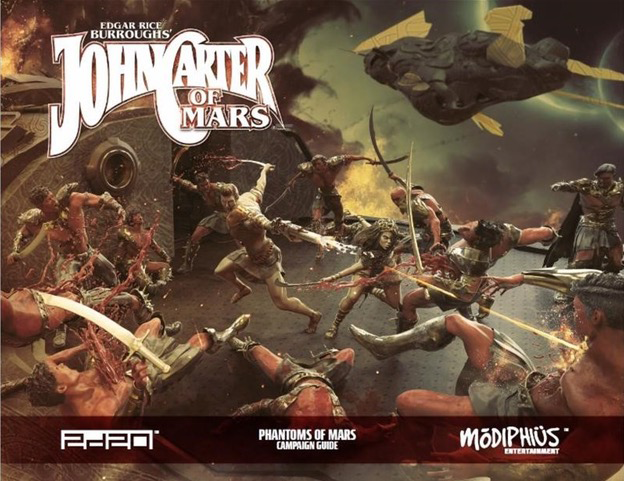 John Carter of Mars – Adventures on The Dying World of Barsoom is the official tabletop roleplaying game hitting stores this month. Using the pulp-action-inspired narrative 2d20 roleplaying system, John Carter of Mars allows players to take on the roles of various adventurers and heroes as they travel, battle, and romance their way across the wondrous and dangerous world known to its natives as Barsoom. Play as John Carter, the princess Dejah Thoris, or the fearsome Thark warrior, Tars Tarkas—or create your own new heroes from a wide variety of options. 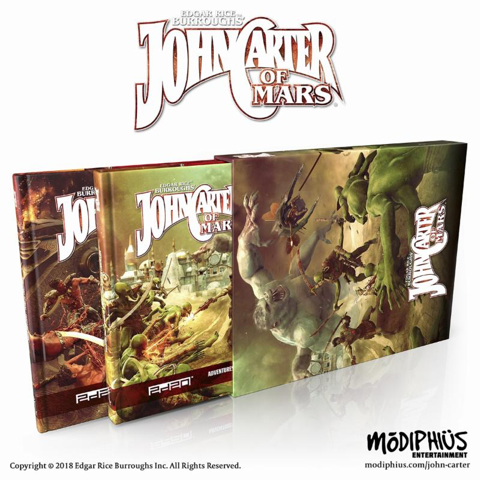 The main rule book is accompanied by the Phantoms of Mars campaign—a fantastic storyline that will set your heroes against a conspiracy led by a rogue Thern seeking to control dangerous ancient science. There’s a gorgeous slipcase set; Thark, Zodanga, and Helium custom dice sets; numerous beautiful sets of miniatures; a journal to record your adventures; and an extravagant Narrator’s Screen for the game masters to hide their secrets—with more to come later this year. You can find out more here. All these great products will be appearing in your local gaming stores now.

The main John Carter of Mars RPG book itself includes:

> An overview of Barsoom and its peoples, perfect to introduce new players to the wondrous world of John Carter of Mars. 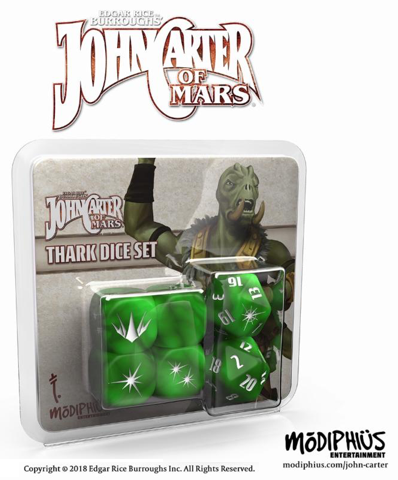 > Create a wide variety of characters such as a Dashing Red Martian Duelist, a Brilliant First Born Scientist, a Savage Beastmaster, a Courageous Airship Officer, even Earthborn characters, so players can follow in the bounding footsteps of John Carter himself!

> A detailed narrator’s section filled with information on how to run genre-and-setting appropriate campaigns, including information about the great and terrible secrets of Barsoom.

> Three eras of play based on the adventures of John Carter himself. Adventure during the Dotar Sojat era, or adventure during the time where Carter became a Prince of Helium and in the years after when he was believed dead, or fight alongside Carter and his allies during the later Jeddak of Jeddaks era.

> An introductory adventure, Mind Merchants of Mars, to get players and narrators started on their adventures and immersed in the world of Barsoom.