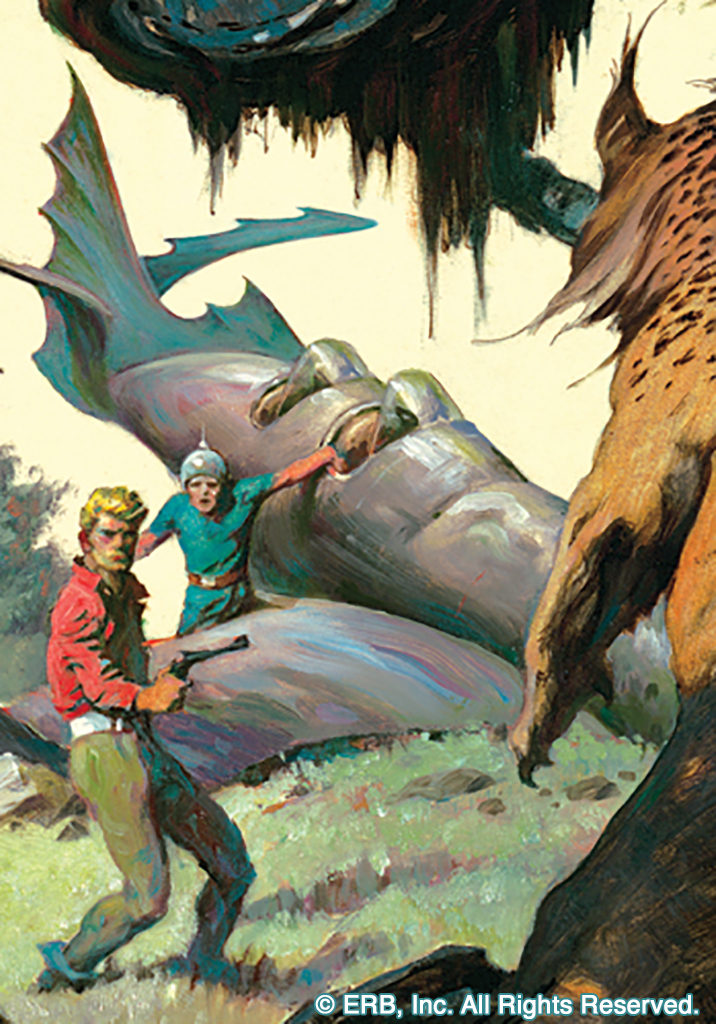 When Nazi warplanes blasted an American fighter pilot out of the sky, he awoke not in the expected afterlife but on a far-flung planet—one of eleven worlds hurtling around the strangely constructed Omos planetary system. On Poloda, he earned a new name—Tangor, one who came from nothing—and took sides with the brave people of Unis, a nation locked in perpetual war against the brutish, totalitarian Kapars. But when news came of the power amplifier, a powerful innovation that could turn the tides of the conflict, Tangor undertook a daring undercover mission behind enemy lines. There, in vile Kapara, he risked life and limb, but also branded himself a traitor in the eyes of his newfound friends. After he successfully completed his mission and returned to Unis with the plans for the power amplifier, Tangor took off in his plane and headed through the atmosphere belt for the neighboring planet of Tonos—after which the reports of his adventures that mysteriously came to Earth via a ghostly typewriter abruptly ceased. However, recent Gridley Wave transmissions from wayward interplanetary traveler Victory Harben indicate that Tangor still survives…

Beyond the Farthest Star