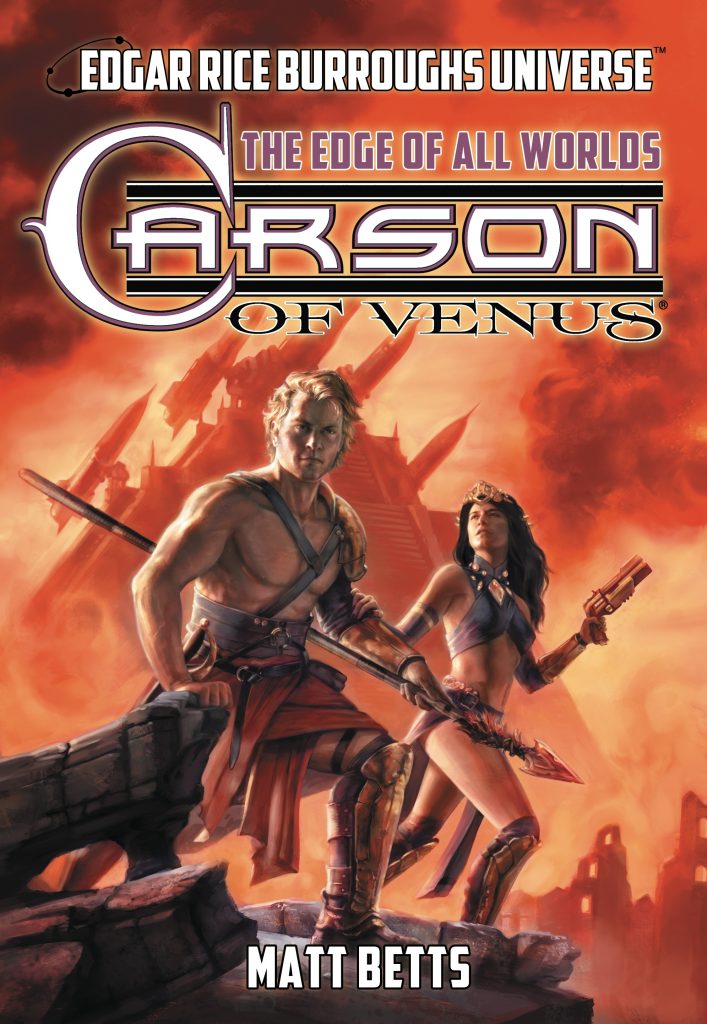 Exclusive Trading Card Offer
Only With Preorder from ERB, Inc.

Tarzana, California(February 12, 2020) – The groundbreaking Edgar Rice Burroughs Universe launches with Carson of Venus: The Edge of All Worlds  by Matt Betts—the first in a series of all-new canonical novels expanding Edgar Rice Burroughs worlds of wonder and adventure! Preorders of the book are now available directly from ERB, Inc. For the first time ever, softcover and hardcover editions, as well as a limited Collector’s Edition with a signed bookplate, will be available in a simultaneous release. The novel will to ship to customers in April. 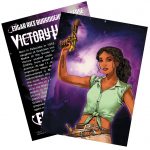 All preorders of Carson of Venus: The Edge of All Worlds placed directly from ERB, Inc.’s online store will come with a special collectible ERB Universe Victory Harben trading card! 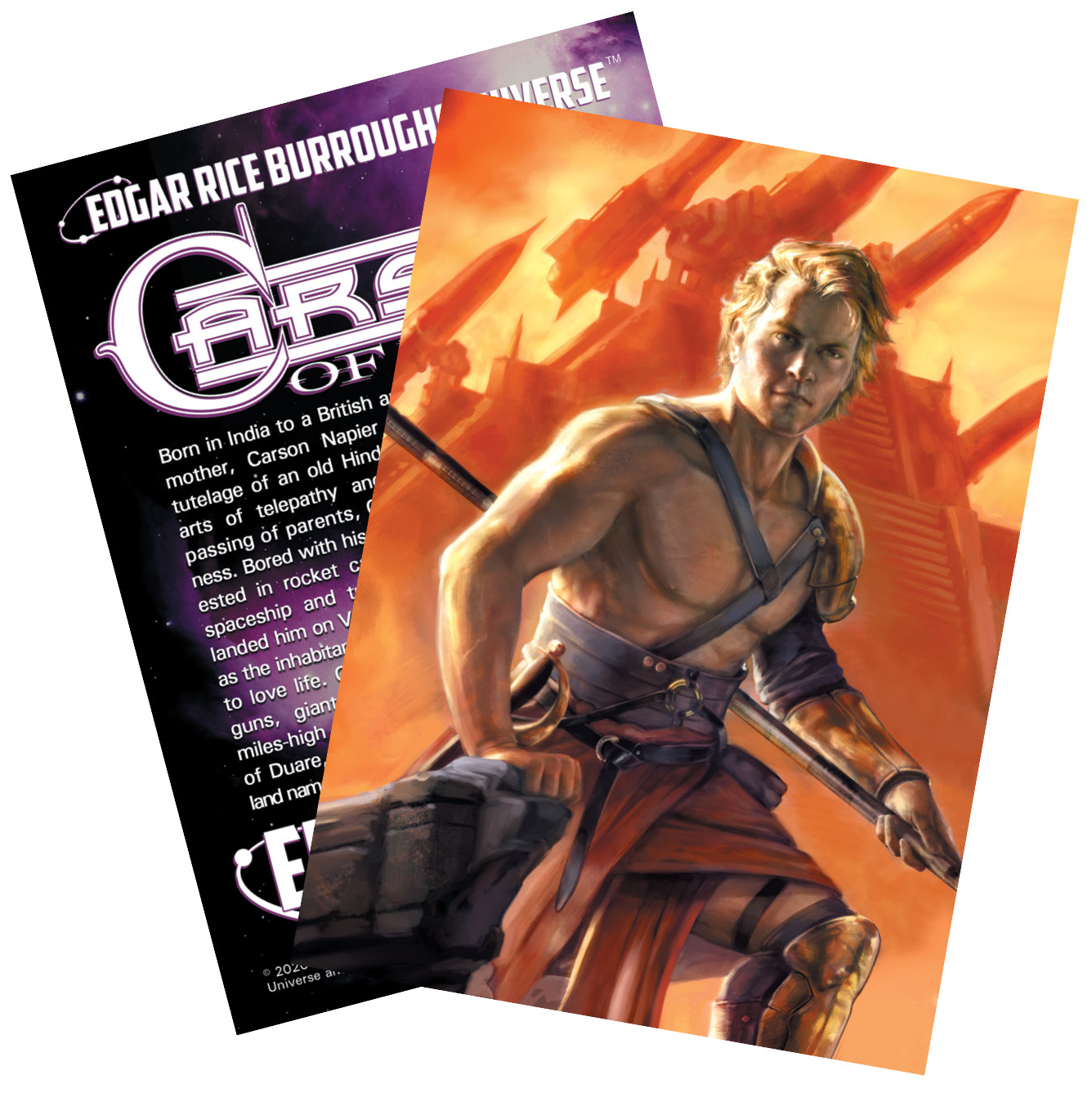 Collect all of the trading cards by preordering each ERB Universe novel directly from ERBurroughs.com!

Includes an all-new novelette introducing the Edgar Rice Burroughs Universe’s newest heroine, Victory Harben.
When the very principle of physics behind the Gridley Wave mysteriously fails, cutting off all communication between the hollow world of Pellucidar and the outer crust, inventor Jason Gridley seeks help from his brilliant young protégé, Victory Harben. Together they recover timeworn records from deep in the ruins of a dead Mahar city, hoping to use knowledge of Pellucidar’s former reptilian overlords to jumpstart the Gridley Wave. But when their experiment goes terribly wrong, Jason and Victory suddenly find themselves drawn into the inscrutable machinations of an ancient evil.

Read the Comic Book Prequel to the Novel—Available Now!

Also be sure to read the comic book miniseries Carson of Venus: The Eye of Amtor (written by Mike Wolfer and Matt Betts; illustrated by Vincenzo Carratu; lettering by Natalie Jane), a direct prequel to The Edge of All Worlds from American Mythology Productions. The back pages of The Eye of Amtorminiseries feature a serialized bonus comic book adaptation of “Pellucidar: Dark of the Sun,” which begins the epic Swords of Eternity super-arc spanning the first cycle of ERB Universe novels. Issue #1 of Carson of Venus: The Eye of Amtor is available now in three covers: Main Cover, Variant “Victory Harben” cover, and Limited Edition Pulp Cover.