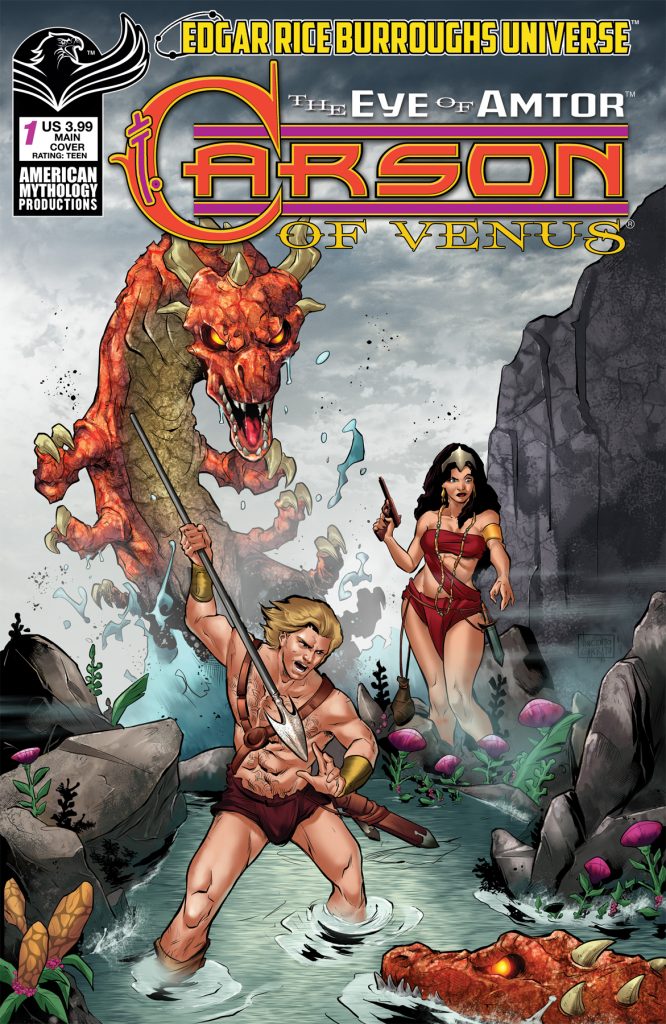 Cover art for Carson of Venus: Eye of Amtor #1–3 by Vincenzo Carratu 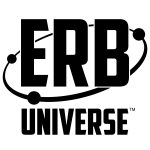 Tarzana, CA (September 24, 2019) ­– During an exciting 2019 San Diego Comic Con panel presentation, Edgar Rice Burroughs, Inc., announced plans for a groundbreaking, canonical, multi-novel “super-arc” that will expand upon and continue the legacy of the iconic sci-fi writer’s greatest works. Just as exciting is the news that American Mythology Productions is partnering with ERB, Inc., to create new comics that will be directly tied to the new novels.

The first novel in the newly unveiled Edgar Rice Burroughs Universe series will be author Matt Betts’ Carson of Venus: The Edge of All Worlds. Preceding the novel’s release, American Mythology will publish a three-issue, comic book prequel to the novel, titled “Carson of Venus: The Eye of Amtor.” Hitting store shelves in December–April of 2020, “The Eye of Amtor” will not be the traditional, comics adaptation of Edge that readers might be expecting. Rather, “The Eye of Amtor” is an all-new, self-contained adventure that takes place just prior to the events of Edge of All Worlds. “Eye” will be written by Mike Wolfer, from a story by Matt Betts.

“When I heard the plan for new, ERB Universe novels,” says American Mythology Editor in Chief Mike Wolfer, “I knew that as the comics licensor of Burroughs’ The Land That Time Forgot, Pellucidar, Carson of Venus, The Moon Maid, and most recently The Monster Men, AM was in a unique position to offer Burroughs’ fans not just new adventures, but new ways of delivering those stories. Since we have the comics license for Carson of Venus, I discussed the idea of a creative partnership with ERB, Inc. Director of Publishing Christopher Paul Carey, who is overseeing the ERB Universe novel series. We decided on doing a new Carson miniseries that would coincide with the release of the new novel. But I didn’t want to do an adaptation; I wanted the series to be unique, new material, and stand on its own. What we’re going to do is show the adventure that takes place just prior to the beginning of The Edge of All Worlds, the adventure that leads into the events of 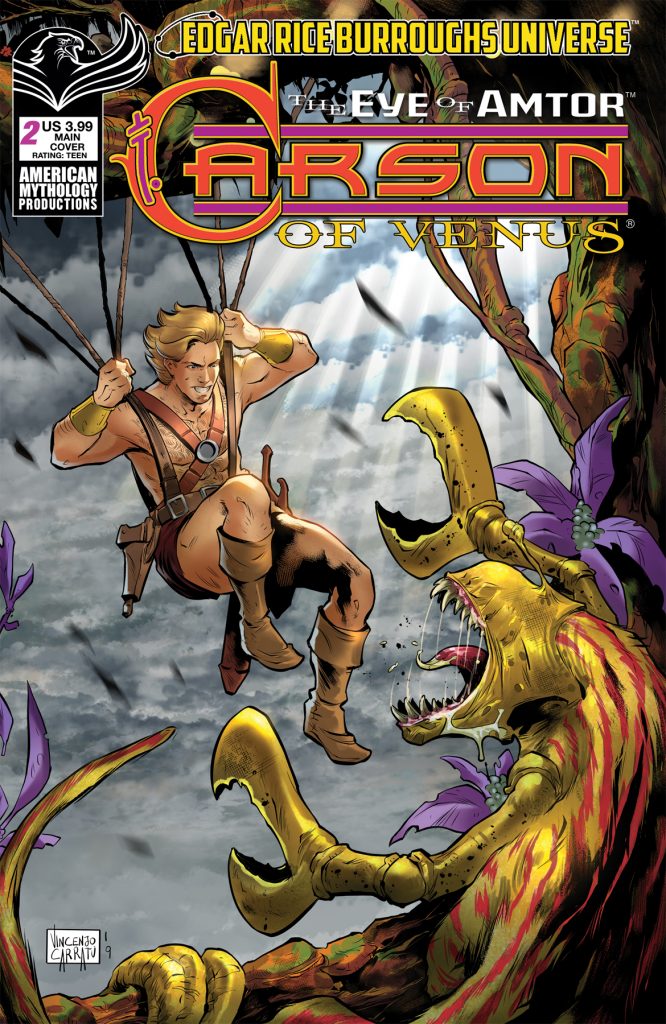 the novel, but it’s a story that stands on its own. You don’t have to read “Eye” in order to understand Edge. But if you read them both, you’ll find that it’s one seamless story. I don’t know if that’s been done before, but it will reinforce in the minds of ERB and comics fans that this AM comic is absolutely canon, as we blur the lines between the two mediums and bring them together into a multifaceted, entertainment experience.” 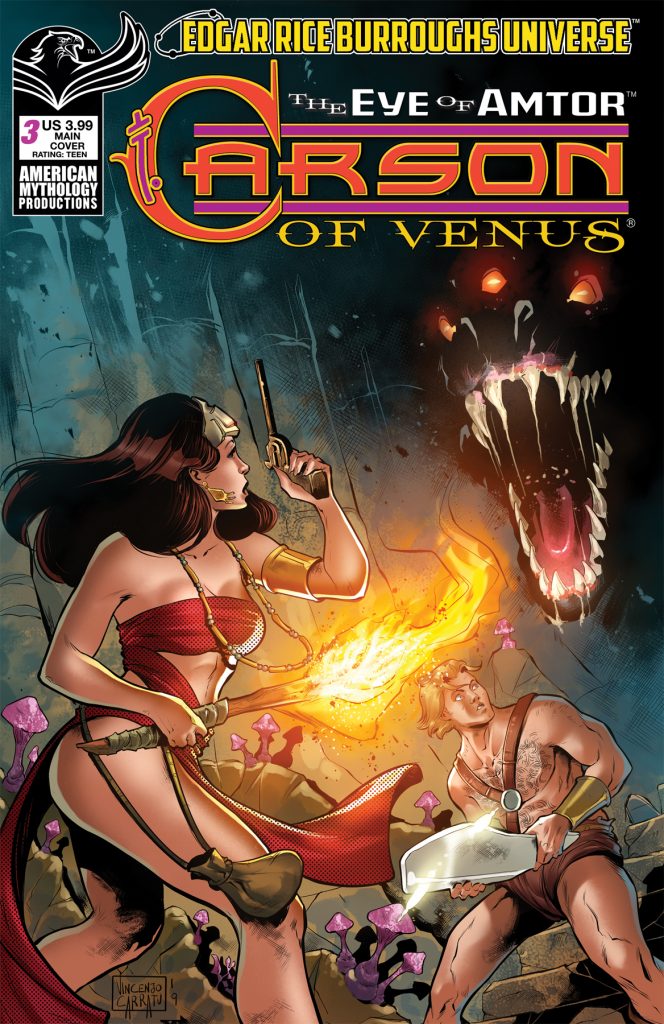 Beyond the new Carson story, there’s even more excitement in store for readers in the pages of “The Eye of Amtor.” A special, back-up story written by Christopher Paul Carey will tell a three-part tale starring Jason Gridley, who figures prominently throughout ERB, Inc.’s multi-novel “super-arc.” Beginning in Pellucidar, the savage world at the Earth’s core, the action-packed, bonus Gridley tale will also introduce Victory Harben, an all-new character who will have her very own novel in the ERB “super-arc.” Victory Harben: Fires of Halos will be written by Carey and the fourth novel in the “super-arc.” Stay tuned to ERB, Inc.’s What’s New page for the historic unveiling of the “Eye of Amtor” variant cover featuring the world’s first look at Victory Harben, coming on October 1. Without a doubt, now is an incredibly exciting time to be a fan of Edgar Rice Burroughs, a fan of comics, and a fan of science-fiction adventure!