View FREE SAMPLES of our Webcomics! SUBSCRIBE for more! 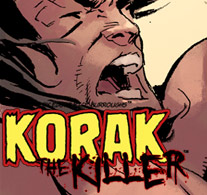 KORAK THE KILLER - Newest Addition!
Carrying on in the family business of jungle adventure, Edgar Rice Burroughs' Korak - the son of Tarzan - swings into action! 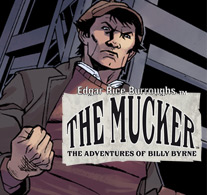 THE MUCKER
Unique story about the exploits of Burroughs' only anti-hero - Billy Byrne, a brash and brawling street tough from Chicago's West Side - grounded in the harsh realities of life in the slums of the early 1900s. 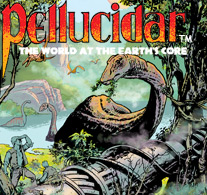 PELLUCIDAR
Inside the Earth's core is a strange world of perpetual time-less daylight with dinosaurs and saber-toothed tigers roaming the jungles. Resting on the inner side of the Earth's crust, the land curves upwards, as if standing on the inside of a gigantic bowl.

Read ALL THESE COMICS with more coming soon! 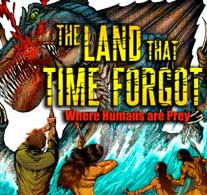 LAND THAT TIME FORGOT
Circumstances force World War 1-era British and German shipwrekced crew to work together and survive on a mysterious island, attacked by a horde of primitive beast-men and Neanderthals - the Land that Time Forgot! 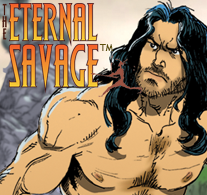 THE ETERNAL SAVAGE
Nu, a savage from the Stone Age, is temporarily thrust forward in time, bringing back Victoria Custer of our age to his world of cave people, saber-tooth tigers, and a prehistoric wilderness. A story of Survival and Savage Romance! 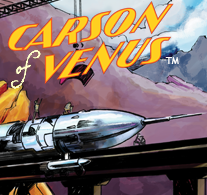 CARSON OF VENUS
A fantastical voyage in space exploration from the classic mind of Edgar Rice Burroughs. What does the mysterious outer world hold? And how does one go about getting there? 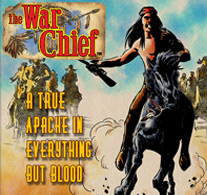 THE WAR CHIEF
Realistic historical graphic novel about life and death on an Apache reservation during Apache wars, revolving around Shoz-Dijiji a.k.a. Black Bear, son of Geronimo whose life gets complicated when he is influenced by his attraction to Wichita Billings, daughter of a wealthy white rancher. 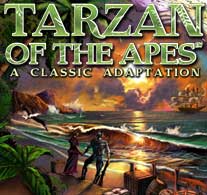 TARZAN OF THE APES
Classic adaptation of this universally known story of survival, self-reliance, romance and freedom from societal norms. Written by Roy Thomas, drawn by Pablo Marcos with coloring by Oscar Gonzalez, this strip will intrigue you. 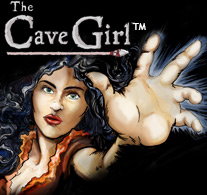 THE CAVE GIRL
Waldo Emerson Smith-Jones, a blue-booded mama's-boy whose bookish education did not prepare him to cope with the jungle island that was to become his new home. Meeting a beautiful girl, Nadara, and the savage ape-man only complicates his life further!

Read ALL THESE COMICS with more coming soon!